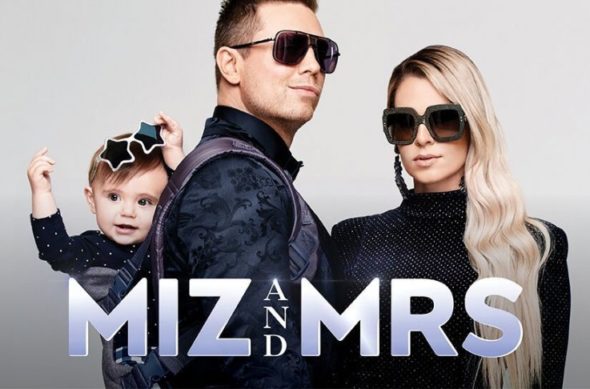 Get ready to see more of the Miz and his family. USA Network has announced that the reality series, Miz & Mrs., will return with its second season in January. The network announced the return with the release of a brand new trailer.

USA Network revealed more about the return of the series with a press release. Check that out below.

“The series gives an exclusive glimpse into the A-List lifestyle of married WWE(R) Superstars The Miz(R) and Maryse(TM). This hilarious “It” family is moving from their quiet life in Austin back to the hustle and bustle of Los Angeles. With two mothers-in-law, a grandfather with WWE aspirations, two dogs, two cats, a 1-year old daughter, and a new baby on the way, every day is a new adventure. Mike and Maryse may be Superstars in the ring, but at home they face the same challenges that affect all new parents. From spicing up their love life to keeping their family at bay, the duo will work together to take on whatever is thrown their way.

Miz & Mrs. will premiere its second season on January 29. Check out the trailer for the new season below.

What do you think? Are you a fan of Miz & Mrs.? Will you watch season two?