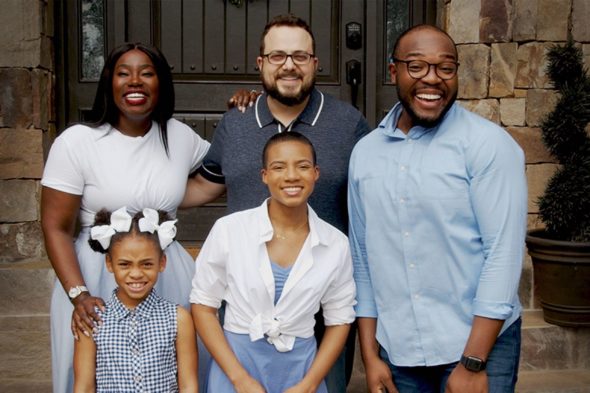 USA is adding even more to its line-up. In addition to renewing to renewing The Sinner for a fourth season, the network has ordered two new unscripted series. Instant Family and The Rev are both coming to the network at a later date.

USA Network revealed more about the new shows in a press release. Check that out below.

The 6-episode, half-hour series is produced by Line By Line Media, Inc. and executive produced by Justin Tucker, Sam Sarkoob and Bob Unger.

Nicole Walters is a type-A, energetic, jet-setting entrepreneur, and Josh Walters is her quirky and devoted husband and lawyer. Nicole and Josh had only been married a few years when their whole lives changed — they decided to open their home and hearts to three sisters living on the streets. Suddenly, they became brand new parents and were an “instant family”. Helping them navigate the wild world of parenting (and bringing the laughs) is Nicole’s best friend and “manny,” Eddie. The high-energy series focuses on the importance of balancing work and family, laughter and love… and demonstrates how the greatest things in life can come together in an instant. [For photo click HERE]

This 8-episode, half-hour series is produced by This is Just a Test LLC, with Aengus James, Colin Miller and Jen McClure-Metz executive producing.

In this hilarious, melodic and inspirational new series, there’s never a dull moment in the world of larger-than-life Pastor Richard Hartley. When he isn’t preaching and inspiring his congregation at his Long Island, NY church, he’s dealing with his rambunctious and loving family… all while utilizing his musical skills to make the church’s choir top notch. Having spent years travelling the globe working with incredible choirs and A-list musicians, Richard is now focused on his hometown choir and, with the help of his wife Stacey, trying to get his millennial children, Judea and Jordan, out of the house so that they can build their own dreams.”

What do you think? Are you going to check out these shows on USA?

Show needs to be cancelled . I hate people who profit off religion

Oh yes I want to see the Rev.