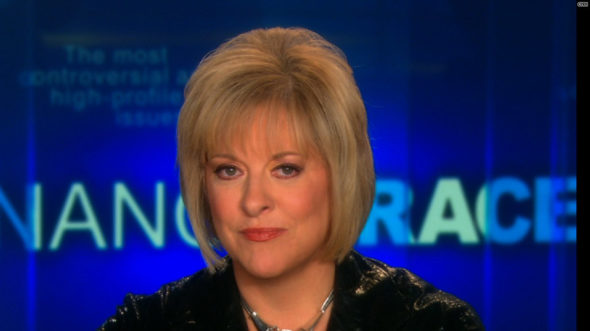 It’s the end of an era. According to The Hollywood Reporter, Nancy Grace is leaving her HLN series after 12 years.

Hosted by Grace, the program addresses current issues, particularly true crime news. The show began in 2005 and has garnered both praise and criticism for Grace’s outspoken personality.

Today, Grace told her staff she will be leaving the program in October when her contract ends. Grace later said she will be moving on to a different project involving “a very large digital component.” In her show’s place, HLN will “utilize the expertise of the current team” to produce a new series for the 8 p.m. timeslot.

I will always be wedded to a traditional platform — which is TV, God help me. My plan is to merge those two in an effective way, in my voice, the ‘anti-crime’ voice. Our show has never really been about me. It has been about the stories that we tell and the people we talk about and the mysteries we try to solve and the children we try to bring home. There’s an entire section of our population that I want to reach.”

The finale episode of Nancy Grace will air on October 13th on HLN.

What do you think? Do you watch Nancy Grace? Are you sad it’s ending?

I would like to see Nancy Grace back on T.V. and so would my husband, we have talked about here several times and that’s why I got on here was to see if any word of her coming back?

I am very sad to see Nancy leave. We need Nancy to fight like she has for those who have no voice. There is so much crime that goes on and is under cover and would not be brought to the forefront if it were not for Nancy.
Thank you Nancy for your service to the forgotten or hidden from the public eyes. It takes courage to speak out. It takes fight and energy and risk to go against the grain, Nancy has it all. Thank You, we still need you.

I am very sad. I’ve been following Nancy Grace’s career since CourtTv. She always stood out for standing up for victims of crimes. I was proud to watch her growth in popularity, realizing that I wasn’t the only one who noticed how special she really was. There will always be haters that speak ill of her and how she approaches the tough issues, but in my opinion, If you don’t take unpopular stances sometimes, the truth will not be rooted out. I am sure that whatever projects she chooses to take on, will be for the betterment of many.

I have watched Nancy Grace show since the beginning, she represented the victim in the cases, and was not afraid to step on any toes, getting justice for the victims. I am so, so, sorry to see her go.

Sorry to see her go.

I have been a fan of Nancy Grace since her show started the hair salon I worked in Nancy Grace show was the whole salon talk I lived thirty five miles from job and rushed home to see Nancy Grace HLN I loved her show everyday I wanted to see her show I hope her show return.

Love her fights to solve or bring to light crimes committed by the evils of our world, will miss her show

thank GOD she no longer has a show on HLN”. she got it wrong more then getting it right. She created a great big bunch of
mistakes but never would she admit or apologize. Glad she is gone. Also she created a big outcry over people entering their kids to pageants so why did she constantly show pics of her own kids. did she put her own kids in danger. For me the answer is yes

Good don’t have listen to her anymore.

Yes, I will miss Nancy. I enjoyed the show, because she was like an old friend who spoke to me, telling me the news 4 times a week, If I couldn’t watch it, I recorded it. My husband called her the drama queen and we both laughed when she said Tween or spoke about her boyfriend, without telling the story. We laughed when she told the viewers she watched her children the whole time she was on her show. ( didn’t she trust her husband? ) Never the less, I liked the show. Sometimes it was boring, so I chalked… Read more »