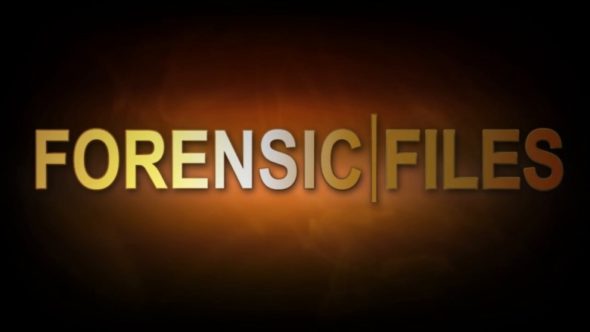 Forensic Files is coming back! The series is being revived for a new season that will premiere in 2020. HLN revealed its plans to revive the true crimes series last week. New episodes will air starting in February. The plan is for 16 half-hour episodes. The revival series is being called Forensic Files II.

HLN has aired reruns of the series on its network for years. They tried to get someone to make new episodes of Forensic Files. When no one stepped up to the plate, the network found a way to revive the series. The series stopped airing in 2011.

Ken Jautz, the CNN executive vice president, said the following about the decision to bring back Forensic Files, per Variety:

“We have been speaking with the original producers and the original rights holders for some time. We are very pleased that the rights holder recognized what huge fans we are of the series and has entrusted us to continue with it. We want to create as many competitive true-crime series as possible. Files is one of the most recognizable and resonant, and has the most avid and ardent fans.”

Fans of Forensic Files will see the same style and storytelling that made the series popular during its run when it returns next year. The series had its beginnings in 1996, and it aired hundreds of episodes before it wrapped.

What do you think? Are you excited for the return of Forensic Files? Will you check out new episodes when they air in February?

What are the names of the couple who were killed by another couple they met at Hooter’s, the killers kept souvenirs of the victims, the girl kept the dead man’s ring on her neck. The couple took bus to Hooter’s and met up with this couple. They went back to the killers’ house and were tortured and killed. Couple tried to escape and the man had hand print on the killers’ bathroom window. Help! Does anyone remember hearing this on the HLN Network about a week ago??

Why is there such loud background noise that you cannot hear the narration on your shows. It is so annoying that we have to change the station.

The series is fascinating BUT whose idea is the horrible background noise they add for drama? – It obscures the dialogue.

Love Forensic Files and Real Life Nightmares but the music is so loud you cannot hear the people talking. I don’t remember music on Forensics before…please, can the background music be turned down or just done away with entirely?? Been watching a long time and I want to be able to hear the voices.. Thank you!

YESSSSSS !!!!PLEASE!!!! I probably watch all episodes. So amazed by forensics ,if I was younger absolutely I would’ve joined the forensics team. Amazed by those little details that gets to find the truth. Yayyyy.

I love the show and series and would love for it to continue and would to continue to be an avid fan and watcher! Please keep it going!

I love this show!! Enjoyed the new ones, but sure missed Peter’s voice. Sorry to see he passed away. He had a great voice.

Tonight’s episode was NOT NEW!,,
I loved watching the show but my family is totally tired of it.Within 2 minutes of start I knew you guys were lying. This is reruns to pull us back in.
Would rather see Court T.V for 10 years.

I have never seen on the rocks I do believe that is not a rerun.
The episode that came on before that was a rerun under forensic 2.

This is my all time favorite show. I’m very happy the program will be airing new shows.

I thought there would be hundreds of episodes on new forensic files 2, but l am hearing only 16 to 23 new episodes are coming. I have seen each episode of older ones at least 10 or 15 times each!

I absolutely LOVE forensic files! I am SO happy to see the new episodes! When are they airing?

Great show as a retired deputy sheriff, it’s as close as you can get to being there.
I wish they were hour long instead of half hour. I’ll take what I can get.

Can’t wait for the new episodes. I love Forensic Files. Thanks for bringing it back.

Me too. It helped me pass my forensic anthropology class with an A.