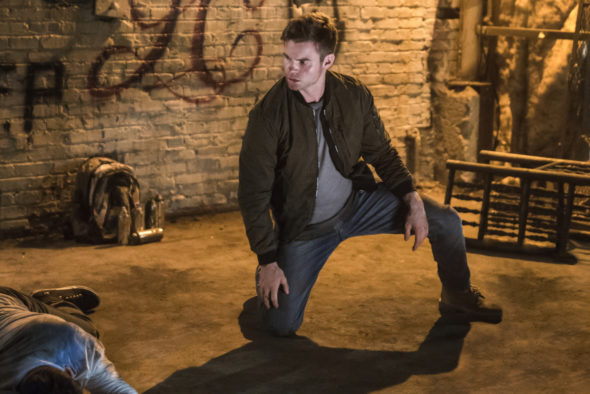 Is it all over for the Mikaelsons? Has The Originals TV show been cancelled or renewed for a sixth season on The CW? The television vulture is watching all the latest cancellation and renewal news, so this page is the place to track the status of The Originals, season six. Bookmark it, or subscribe for the latest updates. Remember, the television vulture is watching your shows. Are you?

The fifth season of The Originals averaged a 0.30 rating in the 18-49 demographic and 833,000 viewers. Compared to season four, that’s down by 5% in the demo and down by 11% in viewers. Learn how The Originals stacks up against the other CW TV shows.

Although it premiered with decent numbers for a show on the littlest network, there’s no need to use the ratings to predict whether The CW will cancel or renew The Originals for season six. Back in July of 2017, executive producer Julie Plec announced the fifth season would serve as the show’s final installment. Subscribe for free The Originals cancellation or renewal alerts.

What do you think? Is The Originals TV show ending at the right time? If it were up to you, would The CW cancel or renew this TV series for a sixth season?

I love the originals,so I think they should go ahead and do season 6 ,I’m pretty sure I’m not the only one who feels this way.

We are devistated the originals was cancelled it was our favorite show. Was so mad after the final show that it ended and was done.. please bring it back and eith Klaus and Elijia and Haley they can live thru anything. Best show ever

I agree the original is the best show ever please bring it back!!!

I hate to see the Originals go I’m a big fan and if it was up to me I would like to see many more seasons of the Originals, to me it inspires how to overcome whatever life throws at you and that no matter what family is always important. Always & Forever

Don’t cancel this show. Pleaseee. And don’t kill Klaus. This is the best vampire series.

The Originals is one of my favorite shows. I truly hope it does not get cancelled. Best show I have seen on T.V in a while. Amazing show and would hate to see it being cancelled.

Do not cancel the originals

Do not cancel the Originals

Please don’t cancel the Originals, I love this TV series and look forward to it every Wed!
I await for Wed to arrive so that I can sit and watch it. This show makes is the best thing around and can’t even compare with what’s out there now. I Love this Show, Please do not cancel it!

Please don’t cancel the show I really enjoy it