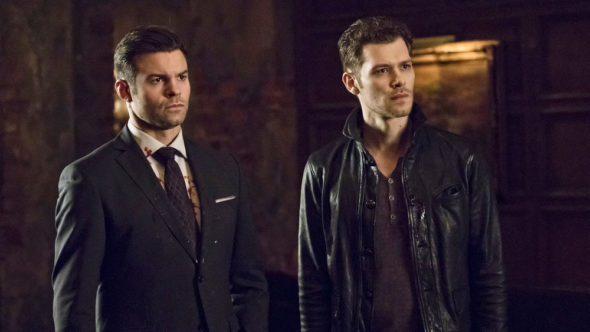 It’s the beginning of the end for The Originals TV show. The CW has announced that the fifth and final season of the vampire series will debut on Friday, April 20, 2018, at 9 pm. It will follow new episodes of Dynasty, which is relocating from Wednesday evenings.

The fifth season renewal was announced by The CW last May. In July 2017, series creator Julie Plec announced that season five would be The Originals’ final season. As was the case with season four, there will be just 13 episodes.

While this show is ending, a spin-off of The Originals/The Vampire Diaries, which would center around the character of Hope Mikaelson, is still in the works. Today, CW President Mark Pedowitz said that Plec continues to work on the project.

Following today’s announcement, Plec gave viewers some homework while they wait for the fifth season to begin:

Dear #TheOriginals friends, we’ll be premiering season 5 on Friday, April 20. That means you have 3 months to recruit your friends to catch up on the whole series on @netflix!

What do you think? Are you a fan of The Originals TV show? Do you think that season five should be the end? Will you be watching?

I have watched The Originals since they were a spin off from The Vampire Diaries. Klause has been so frustrating however I truly love him. I can’t help but be so sympathetic for him because he truly has been dealt the wrong hand. He shows so much feeling through his eyes but then makes sometimes choices he wishes he could take back. I just wish if this is the final season that he gets his happiness that he deserves. I will miss this show as I miss The Vampire Diaries. I will give Hope a chance if nothing else to… Read more »

Seriously!? Why just why. This is the one show I truely looked forward to seeing, Real disappointment.

I so agree….please dont end my favorite originals!!! I put everything on hold in my life just to watch this show…I’m in tears that you would cancel such a wonderful show!!

my favorite show , there are so many other shows that need to be cancelled , please re-think this and keep it going

Please do not cancel The Originals. Almost all of my favorite shows are being cancelled. Bad enough we are losing the Winchester brothers. Most of the best shows are on CW. Forever should not have been cancelled nor Constantine. Just to name a couple. Leave the Originals on, including Elija, Klause and the whole group. PLEASE !!!!!!!!!!!!!

I love “The Originals” I have watched the show for the beginning. I love Vampire Dairies also. I will really miss the show.

I have watched “The Originals” from day and wish it would continue . But as people say all Good things must end. Good luck to all the cast.

I love the show and will be sad to see it end.

I’m a 62 year old woman and I know I’m not your target audience. I enjoy the show very much. I hope you come back with the same cast.

It’s a shame your ending such a spectacular show please reconsider and let have more seasons.

The Originals ending breaks my heart and just makes me mad. Why end such an outstanding program? Please reconsider and bring back for another season…

So silly that this show is ending and even in it’s lowest ratings, they still had higher viewership than the current shows that the CW is putting out. What a shame. The network really does not know its audience.

I love the Originals and hope against hope that there will be more than 5 seasons. Why must it end? There is so much CRAP on TV now and you are ending a very good show. Please consider continuing the show.

I don’t know why the Originals have to end