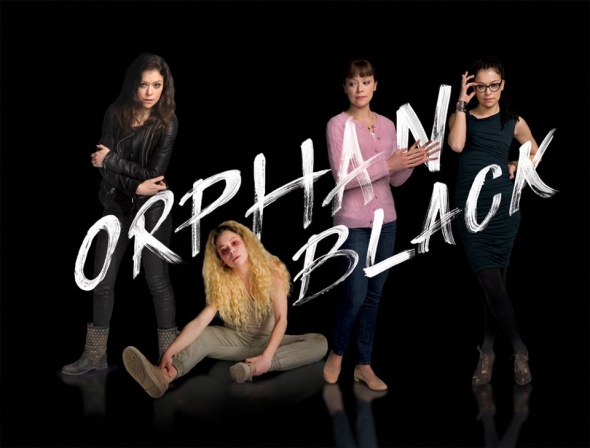 AMC is taking viewers back to the world first seen in Orphan Black. AMC Networks has ordered a spin-off of the sci-fi series – Orphan Black: Echoes — and the 10-episode first season will arrive next year. The show will be released via AMC+ as well as some of AMC’s linear channels. The original Orphan Black series aired on BBC America in the United States.

Set in the near future, the new Orphan Black takes a deep dive into the exploration of the scientific manipulation of human existence. It follows a group of women as they weave their way into each other’s lives and embark on a thrilling journey, unravelling the mystery of their identity and uncovering a wrenching story of love and betrayal.

“Orphan Black had a remarkable run on BBC AMERICA, attracting millions of dedicated and highly engaged fans, captivated by a smart and engrossing story and a star-making and Emmy-winning performance by Tatiana Maslany,” said Dan McDermott, president of entertainment and AMC Studios for AMC Networks. “We can’t wait to dive back in with Anna, John and our partners at Boat Rocker and deliver an all-new version of this rich world that is worthy of the #CloneClub.”

“We started our journey down the Orphan Black rabbit hole when Sarah Manning watched Beth Childs inexplicably jump in front of an oncoming train. Since then, a passionate fandom has joined us for a wildly entertaining ride,” said David Fortier and Ivan Schneeberg, Co-Executive Chairmen, Boat Rocker Media and Co-Chairmen, Boat Rocker Studios, and executive producers of both the original and new series. “We’re delighted to be partnering with AMC and Anna Fishko and joining forces again with John Fawcett, to boldly reenter the Orphan Black universe. Once again, we welcome Clone Club along for the ride and look forward to adventuresome new fans taking the leap. Strap yourselves in and hold on!”

Said Fishko: “I am thrilled to begin this new chapter in the world of Orphan Black. Creating a story that embraces the legacy of the original show has been so gratifying, and I’m excited for audiences to embark on a new journey that explores the big questions of what makes us who we are. I’m incredibly lucky to have such supportive partners in Boat Rocker, John Fawcett and AMC, and can’t wait to introduce audiences old and new to the next installment of this beloved story.”

Said Fawcett: “Embarking on a new saga of Orphan Black with Anna, our partners at Boat Rocker, and AMC could not be more exciting. For all our dedicated OB fans out there, I am thrilled that we can bring this new chapter to them. Without our fans, this new show certainly wouldn’t exist and for that I am deeply grateful. I can’t wait to ‘follow the crazy science’ for them!”

What do you think? Are you excited to see more of the world from Orphan Black on the AMC outlets?

Thought Orphan Black was one of the best shows ever. I am truly anticipating Orphan Black Echoes but please make sure to showcase this new program on AMC not just on AMC+ or some other streaming service. Some of us on limited budgets are paying for cable service and channels and can’t afford to pay extra for these additional streaming services. Those of us who watch AMC and all the excellent programing offered deserve to enjoy AMC which we are already paying for without being hijacked into paying for extra services. If you continue to show new programming only on… Read more »