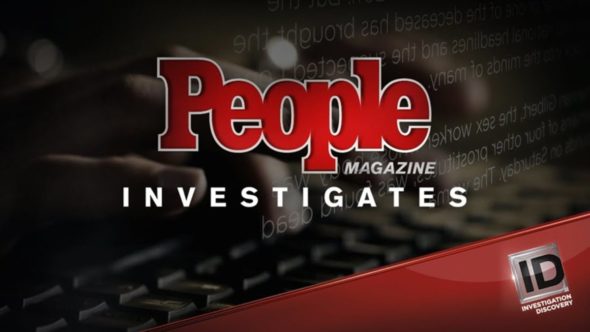 The People Magazine Investigates: Cults TV show delves into the danger and destruction of cults. Season one consists of six hourlong episodes. The series premieres on Monday, June 4, 2018 at 9:00pm ET. Check out the episode descriptions, included in the following ID press release.

Meanwhile, the People Magazine Investigates: Crimes of Fashion TV show’s first season order is for three hourlong episodes, which will premiere on Investigation Discovery at a later date TBD in 2018. The program explores the seedy side of the fashion industry — including murder.

“PEOPLE continues to expand the brand into television. Our success is based on knowing our audience and super-serving them with compelling content,” said Bruce Gersh, President of PEOPLE and Entertainment Weekly, and head of Meredith’s in-house television production group. “The PEOPLE editorial team and our in-house development group worked closely with Investigation Discovery to develop two captivating series by leveraging existing IP.”

“The launch of these two new series – one on cults, the other on fashion – illustrates the diversity of topics that PEOPLE covers with equal skill and expertise,” says Jess Cagle, editor in chief, PEOPLE. “PEOPLE’s investigative reporting always resonates with our audiences and extending this content onto television offers them another way to experience it. We have had a great partnership with Investigation Discovery and the PEOPLE Magazine Investigates franchise and are thrilled to be able to build upon that success.”

PEOPLE MAGAZINE INVESTIGATES: CULTS explores how destructive and terrifying cults can be to cult members and their families. Each of the 6 one-hour episodes dives deep inside a twisted American cult, building to that pivotal moment when blind worship turns violent and even deadly. From Jonestown to the Army of God, PEOPLE reporters are on the front lines, revealing the untold stories of power-crazed cult leaders using mind control, sex, and violence to manipulate and dominate followers. Each episode follows PEOPLE’s trusted journalists as they doggedly investigate the evolution of these cults, expose their bizarre and brutal day-to-day rituals, and speak first-hand to survivors who narrowly escaped lives of misery to put their cult nightmares finally behind them.

The adage “if looks could kill” takes on entirely unique meaning in the new series PEOPLE MAGAZINE INVESTIGATES: CRIMES OF FASHION, which hits the runways third quarter of 2018. Each episode explores high-end fashion icons and their couture crimes that captured headlines. In 3 one-hour episodes, tales of depravity, obsession, and family betrayal in the fashion world all have a common thread — cold-blooded murder. PEOPLE journalists have exclusive access behind the “labels” you know, going beyond the catwalk to reveal that fashion can sometimes prove fatal.

PEOPLE MAGAZINE INVESTIGATES: CULTS is produced for Investigation Discovery by:

PEOPLE MAGAZINE INVESTIGATES: CRIMES OF FASHION is produced for Investigation Discovery by:

Initially, the Alamo Christian Foundation once held hope for a better society for young people seeking purpose. But when Susan Alamo dies of cancer, Tony reveals his dark side and turns his anger on his followers, including taking multiple child brides.

In the late 50’s Jim Jones founded the People’s Temple, which focused on helping those in need. By 1975 he was setting up what was supposed to be a utopia known as Jonestown. But utopia quickly turned into a hell as Jones spiraled deeper into his own paranoia.

The Word of Life Church starts as a small bible study group led by Pastor Jerry Irwin. After his death, his daughter Tiffanie gains control, making life hell for church followers, and leads to the brutal death of a teenaged boy.

Yahweh Ben Yahweh is a respected religious leader in the 1980s, but behind the facade, he rules his followers with terror and violence. One survivor shares the story of this cult leader, whose ruthless tactics ruined hundreds of lives and left 14 dead.

Deborah and Jim Green believe they’re Generals in a holy army for God. For more than 30 years their harsh rule has destroyed families and ruined lives. Cult survivors reveal how the Greens transformed from charismatic hippies into militant cult leaders.

The Nuwaubian Nation of Moors

The followers of cult leader Dwight York come from all walks of life. Ruby joins the Nuwaubian Nation when looking for answers to life’s big questions while Niki is brought in as a child. Both become disillusioned as they learn the truth about York.

What do you think? How do you like the sound of the new People Magazine Investigates TV show spin-offs? Sound off, in the comments.