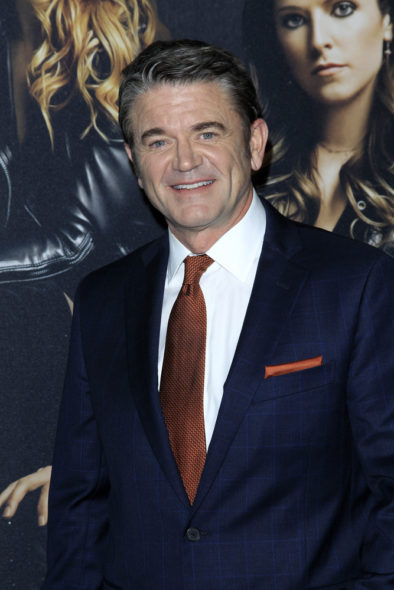 On America Says, two teams made up of family and friends go head to head, as they try to guess the most popular fill-in-the-blank answers, given by everyday Americans in answer to surveys. At stake is a grand prize of $15,000.00. GSN ordered America Says to series back in March of this year.

Learn more about America Says from this GSN press release.

AMERICA SAYS is a fast-paced studio game show where two teams of friends and family face off to guess America’s responses with fill in the blanks to survey questions covering every topic under the sun. They’ll have to be quick when trying to think of what America says, as time is always ticking and the team with the most money banked after three rounds will head to a bonus round to see if they can guess even more survey responses to win up to $15,000.

What do you think? How do you like the sound of the America Says TV series? Do you plan to check it out when it debuts on GSN?

America Says is the BEST shwo on the network. I never miss an episode. and Micheal is so handsome and gracious. Lo ve him . Wish the networks here had carried it a long t ime. ago

AMERICA SAYS was our favorite show. Need these uplifting , thinking games, especially In times like these when everything is so gloom and doom and negative. We loved it and played along every day. BRING IT BACK!!!!

Yes why does ur camera man ,take away the camera so fast tv viewers can’t see the final answers!!

Big fan of the show and hope it will last
A long time as long as John Michel
(don’t eat too much pie and treats)
will host.
He has grate people skills and is fun to watch
His interaction with the players.

I love the show because it’s not biased or vulgar! Clean family show! Thanks