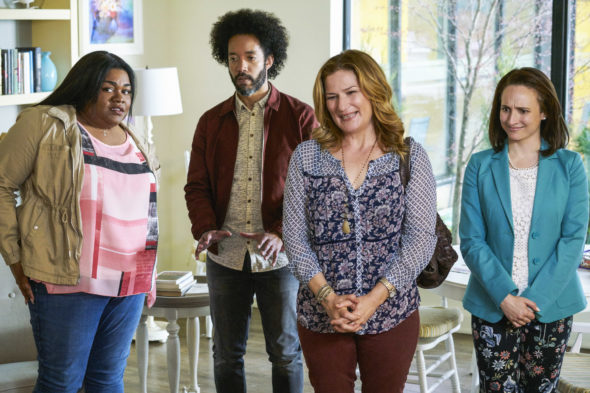 In a move that’s sure the alienate fans, TBS has cancelled its People of Earth TV show. There will be no third season, despite the fact that the Turner-owned cable network already renewed People of Earth for season three, back in September of 2017. According to creator David Jenkins, although the third season has been written (but not shot), the People of Earth cancellation is official. Check it out, below.

Late last month, creator and writer David Jenkins informed fans the renewal was in jeopardy and asked them to send a friendly note to TBS, if they wanted to see a third season of People of Earth.


So, I'm hearing #PeopleOfEarth might not return for season three. If you're a fan of the show (thanks!) and would like to see more, please consider dropping @tbs a friendly note. https://t.co/6F7TWiFATV

TBS seems not to have been moved by fan outreach, as Jenkins relayed the cancellation decision last night.


Just got word last night: TBS has cancelled People of Earth. Thank you to everyone who was a fan of the show and enjoyed its gentle, amiable sci-fi weirdness. It was an honor sharing this show with you. Let's do it again soon. Love you all. https://t.co/QViyRi0RNF


Season three, which is already written, will not be shot. Season two is the last season. https://t.co/MNRlecLAQJ

People of Earth: A Look at the Ratings

The second season of People of Earth averaged a 0.30 rating in the 18-49 demographic and 674,000 viewers. Compared to season one, it was down by 8% in the demo and down by 12% in viewers. Learn how People of Earth stacks up against other TBS TV shows. 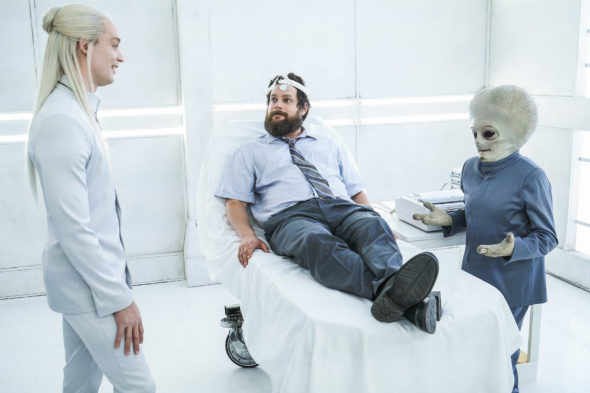 What do you think? Are you a fan of the People of Earth TV series? Do you think it should have been cancelled or renewed for season three? Let us know, below.

Bring it back this show is awesome. I just bonged the first two seasons and got left on such a cliff hanger.

I think people of earth is a funny show. Please just shoot season three to give us closure.

It would be highly appreciative if you just shoot season 3 and not leave us at a dead end like this. Absolutely love the show binge watch season 1 and 2. Was devastated knowing there wasn’t going to be a season 3. Got some family members hooked on it as well. We need a season 3

I started watching this show when it FIRST aired and LOVED IT!!!! I was thoroughly disappointed they didn’t make the season three… Even more so when i read it had been written and not shot… I purchased the dvds and the download so i could stream it whenever and share it with friends and family who were also hooked omce they watched the quirky cutness. Can you please just shoot season 3 and wrap it up so we arent all wondering what happened to Ozzie in the chamber and Don as the cube

I just found and watched all the episodes of people of earth, and I love it. I’m so sad there’s not more. Hey TV people! We want more!

I just watched the 2 seasons of People of Earth and Iam super bummed that there is not a 3rd season…….it left my hanging