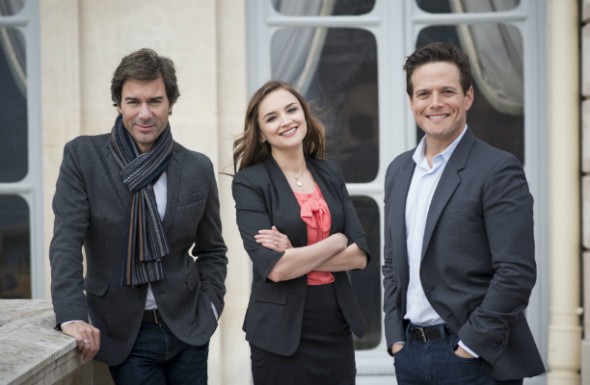 Perception is a wonderful show. It entertains, as well as teaches. The references to neuroscience and mental health issues are well done and accurate. I will continue to watch it if it is picked up by another network.

Say it’s not so! Have NOT missed an episode, & both my husband & I LOVE it. It actually reminds me of the older Seinfeld episodes when Jerry had a short monologue , then had the actual show. Then the ending monologue pulled the entire story together. PERCEPTION does this BUT with such a different spin with a neurological twist, making it so fascinating….EXCELLENT SHOW!!!!!! DON’T LET IT GO~ TOO GOOD to CANCEL… I have recorded so many, that I like watching the beginning & endings , just to listen to the lessons… Now to the heart of the matter..is… Read more »

You must be kidding! I had this show on DVR just in case I missed it.

I only tune to TNT for Rizzoli & Isles, Major Crimes, Cold Justice, and PERCEPTION!!!! The rest of the year, when these are not airing new episodes, I don’t even pass by the network on the guide channel. There is no point, they don’t have anything else to offer. Now they are down one of the obviously few shows that caused people to watch their channel at all. I have no idea what the network is thinking, because without looking forward to this show, my household could very easily stop watching the others as well. It isn’t like we can’t… Read more »

I agree……will quit watching the channel if Perception is cancelled~

Perception is a unique and fabulous show. Please renew it or let someone else pick it up

With all the junk on TV, you would think they would keep a show that has you thinking

Truly enjoy Perception. Quality writing. Eric McCormick is excellent as a working professional with neuroscience and mental health issues. It opens the mind of many that believe once “labeled” with an illness cannot perform as regular people.
Please reconsider.
Very saddened by this. One of the only shows never missed!

I like this show, I am sad it is not returning. It is a good show that is probably why it is being taken off.

I love this show please keep it.

Oh come on perception is a great show its completely different to what’s on TV right now all the cop shows are all same old same old and predictable!
Maybe another station will pick it up

I hope they going to bring back perception on tv

Okay, first Longmire, now Preception, possibly Motive. What’s the deal? Networks can’t seem to understand there are people who like to watch shows that actually have plotlines and interesting characters, not just ACTION all the time. It really bothers me that the only demographic group that counts is 18-49. You know, people over 49 actually make purchases as well, with how the over 50 group is growing in size, shouldn’t that be considered as well?

Very upset that Perception is cancelled!!!! I hope it gets picked up by another network! Since the show did have a strong following! By the way Longmire did get picked up by Netflix for the next season so I’ll be tuning if for that!

I think perception killed itself with the first season flowing great and great story lines , I loved it. After that it was as if the writers couldn’t pull it together with the sketchy unorganized writing. Taking the focus off the main character then adding a dr who was an exact duplicate of his dead wife ?!?!? From there it turned into a hot mess. If they went back to the original series one writing about his mental illness and her as a cop well it might breath some life ( and sense) into the show.