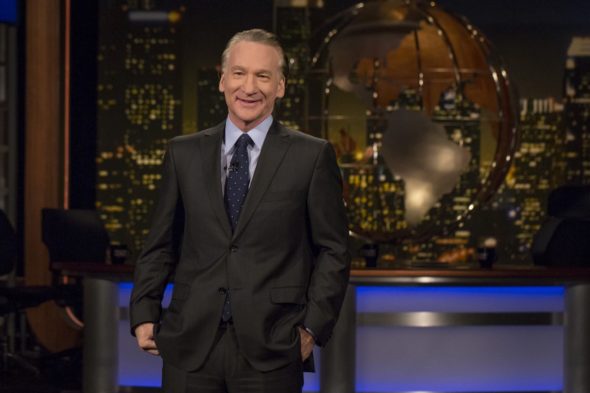 HBO RENEWS REAL TIME WITH BILL MAHER FOR TWO MORE SEASONS, EXTENDING THE SHOW’S RUN ON THE NETWORK THROUGH 2020; DEAL ALSO INCLUDES A NEW STAND-UP SPECIAL AND A RETROSPECTIVE SPECIAL

Having already renewed the show for 2018, HBO has renewed REAL TIME WITH BILL MAHER for two additional seasons, with season 17 scheduled for 2019, and season 18 scheduled for 2020, it was announced today by Casey Bloys, president, HBO programming. The deal also includes Maher’s 11th stand-up special on the network and a retrospective special highlighting memorable moments from REAL TIME’s previous seasons.

“We are incredibly proud to continue our longstanding relationship with Bill Maher,” noted Bloys. “As part of the HBO family for nearly 30 years, Bill’s distinctive point of view, coupled with his passion and commitment to insightful and informative entertainment, has remained unparalleled.”

“I’m extraordinarily grateful to HBO for one of the great relationships of my life, and I applaud their efforts to fight ageism by signing me to this extended deal,” says Maher.

Maher headlined his first special on the network in 1989 and has starred in ten HBO solo specials to date. He is also an executive producer of the innovative news magazine show “VICE,” which is now in its fifth season on HBO.

What do you think? Are you still watching the Real Time with Bill Maher TV series? How long do you expect this HBO TV show to run? Let us know, below.

We are waiting impatiently for Bill Where is the show??When does season 18 start…Please reply…We need his point of veiw

Been waiting for the new season to start. He’s the only personality on TV (right now) not afraid to say what many feel, in spite of the all the Republican’s “ higher than thou” mentality.

Bill Maher should never be canceled. He is one of a kind. There’s no replacing Bill once he’s gone.

I really enjoyed each episode of real opinions by real people. He holds nothing back. Stuff you don’t get on network tv. Keep it real Bill.

I am looking for contact information for Scott Carter. He said he is interested in others’ take on religion. He might be interested in mine. I do not participate in any sort of social media.