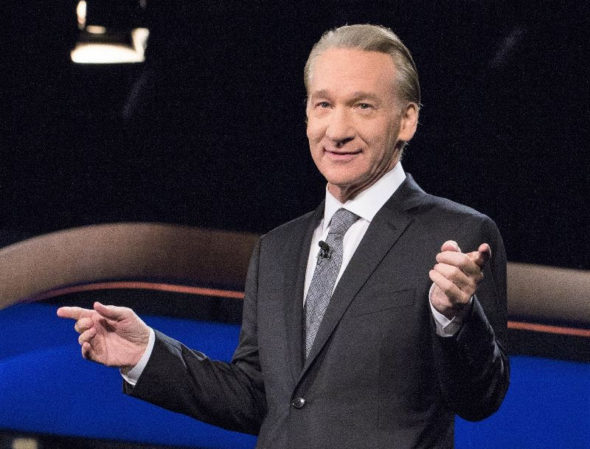 Bill Maher has a lot more to say and HBO wants to hear it. The cable channel has renewed the Real Time with Bill Maher TV show for two more years — seasons 19 and 20 —  keeping the series on the air through 2022. The current 18th season continues airing on Friday nights.

Heres the renewal announcement from HBO:

LOS ANGELES, CA – September 28, 2020 – HBO has renewed REAL TIME WITH BILL MAHER for two more seasons, it was announced today by Nina Rosenstein, Executive Vice President, HBO Programming. The show will be on the network through 2022 and is available on HBO and to stream on HBO Max.

“For 18 seasons, Bill Maher and the talented team at ‘Real Time’ have given audiences an unparalleled platform for debate, comedy, and social discourse,” said Rosenstein. “We’re so happy to continue this partnership.”

“18 years – I can’t believe I’m turning 18 and HBO isn’t making me leave home,” said Maher. “Thrilled to be living under their roof for another couple of years.”

Maher headlined his first special on the network in 1989 and has starred in eleven solo specials to date, including the hour-long presentations “Bill Maher: Live From Oklahoma,” “Bill Maher: Live from D.C.,” “Bill Maher… But I’m Not Wrong,” “The Decider” and “I’m Swiss” (both nominated for Emmys® for Outstanding Variety, Music or Comedy Special), “Victory Begins at Home,” “Be More Cynical,” “The Golden Goose Special” and “Stuff That Struck Me Funny,” and two half-hour stand-up specials, plus the specials “30 Seconds Over Washington” and “Comic Relief VI™.”

What do you think? Are you a regular viewer of the Real Time with Bill Maher TV show? Will you watch the upcoming 19th and 20th seasons on HBO?

I’m hooked on bill’s show for so many years. It’s a main reason why I’m staying with HBO/max with so many streaming services these days.

Of course I will continue to watch Real Time! I DVR it every week in case I am not home to watch!

Will watch. Enjoy the humor and program. One reason we subscribe to HBO. Keep him on

I love Bill Maher & very excited to watch him for 2 more seasons & hopefully beyond 2022.

Love this real and honest show and the ingenious and funny take on life!

So glad he was renewed! We look forward to our weekly laugh therapy . Miss him when he’s off

Love the show. Good laughs and a different view than network news channels.

Excellent. It is a briliant sho and thank god that there are still some programs not hindered by the evil of PC.

Bill Maher is a hack. I can’t believe HBO didn’t suspend him for using the N word on his show. His guest was a Nebraska congressmen who invited Mr Maher to come work in the corn fields. His reply: “No, I’m a house N-word.”

It was humour and in context, so quite appropriate.

Amazing. 18 seasons done with 2 more on the way and I’ve never seen a single minute.