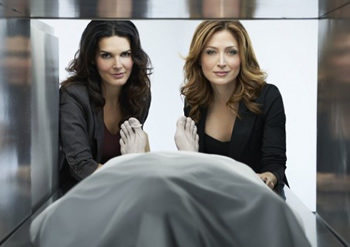 Glad it is coming back because I was mad when they cancelled Womens Murder Club.

Yes, I believe and hope that the ratings will rise. I think the more people who find out about this show, will watch it and love it.

My husband and I enjoyed the first season very much and are looking forward to season 2.

Keep checking the internet and tv guide….waiting for the next season to begin. This is a great show with a fantastic cast. Thrilled that it is coming back!!

Good to see it is coming back. Good show.

Glad they renewed it & hope it gets renewed for another season. I didn’t see it when it first aired, then we caught it one night & have loved it ever since. Hope to see episodes we missed when we get the chance. Keep up the good work. Would be nice to find out when it’s starting again. I saw one commercial but, didn’t catch the air date for new season.
Wendy Heinz

Love the show. Thrilled it’s coming back, just wish I knew when.

i love this show. i am very happy it is coming back on. i hope they will renew for a third season as well.

Just watched the whole first season and it was awesome. Thank God its coming back for a season 2 or I would be devastated, especially with the way they left things… Rizzoli and Isles rocks.

Love the show, hope it stays on forever.

Thank God it is coming back for season 2. I would hate it if they left us hanging like that! Season 1 Finale was awesome! I really like this show.

I was loking on my Comp. to see if Riz & Isles was coming back for a second season. YEAHHH, it’ll be back, but no 0ne seems to know exactly when. I’ll keep looking for it. I loved the show!!!