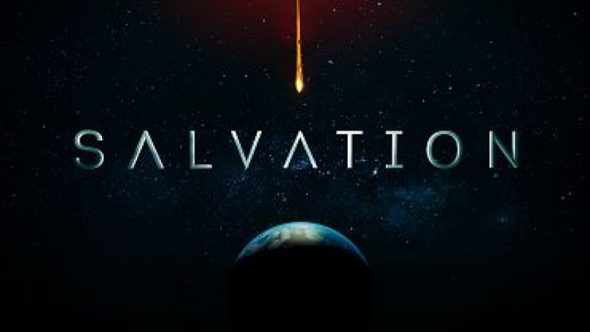 A single mom as well as a working professional, Grace is used to doing it all. Now, she has to figure out how to negotiate this difficult situation. Meanwhile, keeping this secret makes life harder for Liam and his nearest and dearest.

Deputy Secretary of Defense Harris Edwards (Dale) is running the D.O.D.’s top-secret operation to deflect the asteroid. At the same time, Darius is working with Jillian (Byers), a rookie science fiction writer, on a different approach. Can anyone save humanity from this impending doom?

Series Finale:
Episode #26 — Get Ready
One last mystery holds the key to saving the world, and Grace must choose how she spends her final days. (Courtesy of CBS)
First aired: September 17, 2018.

What do you think? Do you like the Salvation TV series? Should it have been cancelled or renewed for a third season on CBS?

do not cancel. need season 2

Please do not cancel salvation l really like the show

This show is great!!! Enjoyed every episode. Please keep it on the air for next season.

After you get over the preposterousness (?) of some of the scenes, the story overall is one of the most interesting, intriguing plots I have ever encountered. Lots of fun, action and utterly delicious plot twists. A must for 24 fans!

RENEW! This show is great. Many twists, turns and surprises. That’s what we want! Great cast and nice to look at!!!!!!

Love this dynamic show! Let’s you think a little. Good actors. Thank you for a fun series and keep it!

Love it!!! This is a great show…. Keep them coming…. Perhaps after hey solve this problem they can continue on solving other issues…

I love this series. I hope it is renewed for next year.

We’ve liked the show so far. Hope it has a good season finale. We would like to see another season.

Syfy is always Awesome. Takes you off this sick and deranged planet for awhile.
5 stars

More interesting the longer you watch. Hoping they bring it back for another season.

Is this show based on a book? I just got done with Ancient Aliens: Dark Decents, and it is so similar. The book was very good. I hope this will be as well.

I was bored. I don’t know if I will bother to watch a second show.