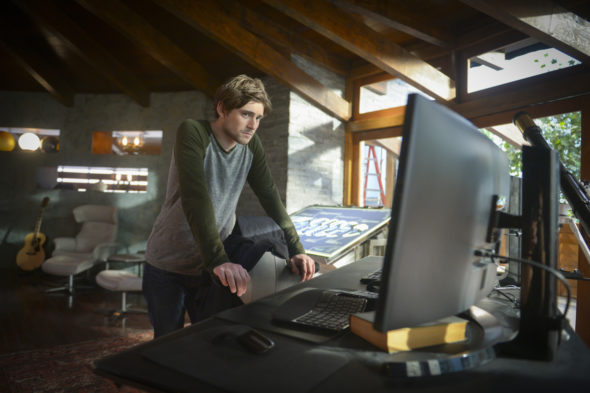 Does the second season of the Salvation TV show on CBS make you want to save it or ditch it? As we all know, the Nielsen ratings typically play a big role in determining whether a TV show like Salvation is cancelled or renewed for season three. Unfortunately, most of us do not live in Nielsen households. Because many viewers feel frustration when their viewing habits and opinions aren’t considered, we’d like to offer you the chance to rate all of the Salvation season two episodes. **Status update below.

A CBS suspense drama, Salvation stars Santiago Cabrera, Jennifer Finnigan, Charlie Rowe, Jacqueline Byers, Melia Kreiling, Ashley Thomas, and Ian Anthony Dale. The thriller follows MIT graduate student Liam Cole (Rowe) and tech genius Darius Tanz (Cabrera), who discover that in six months, a huge asteroid will crash into the Earth. In season two, the truth is out. Now that it is no longer a secret, the impending threat will elicit both the best and worst from humanity..

What do you think? Which season two episodes of the Salvation TV series do you rate as wonderful, terrible, or somewhere between? Should CBS have cancelled or renewed Salvation for a third season? Don’t forget to vote, and share your thoughts about the Salvation cancellation (and your favorite episodes), below.

This was a great series, shame on the production company for leaving us fans in the lurch. Cowards.

Why wouldn’t Netflix pick up this show and push for a 3rd season, or for that fact multiple seasons to follow. The show had been picking up speed after each episode. It’s an amazing show and it should be reconsidered for more seasons as the show could go in many different directions. I think that CBS and other affiliates should ask the fans and get more information before just canceling shows like this when there is so much potential to be had. When these shows get picked up on Netflix there ratings change because people get to (Binge-watch) these shows… Read more »

We hope the Salvation Season 3 be continued under this service provider as the said movie has many insightful lessons and practical resolutions of resiliency and being flexible to the needs of the 21st century.