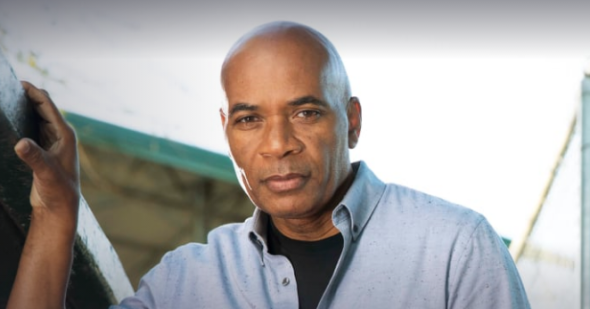 Investigation Discovery is returning to the Scene of the Crime. Recently, the network announced they’ve renewed the TV show for a second season.

Hosted by Tony Harris, the true crime series travels to communities affected by acts of extreme violence and “explores unbelievable injustices to better understand how these crimes came to be and why lives were forever changed.”

Season two of Scene of the Crime premieres on Investigation Discovery on June 3rd at 10 p.m. ET/PT.

(Silver Spring, Md.) – Tony Harris brings his Emmy-award winning journalism background and desire to get to the truth back to Investigation Discovery for a sophomore season of SCENE OF THE CRIME WITH TONY HARRIS. Traveling to communities rocked by horrific acts of violence, Harris explores unbelievable injustices to better understand how these crimes came to be and why lives were forever changed. Harris coaxes out deeply buried reactions and new details to reveal the often nefarious players and foreboding places behind the crimes. The immersive newsmagazine SCENE OF THE CRIME WITH TONY HARRIS returns for a second season on Investigation Discovery beginning Sunday, June 3 at 10/9c.

With each surprising twist, Harris uncovers new revelations. In Down by the River, the series premiere on Sunday, June 3 at 10/9c, he unravels the shocking case of three prostitutes slain by a serial killer in Spokane, Washington. After 22 years and 15 more bodies are uncovered, DNA evidence finally surrenders a suspect – the last person investigators ever imagined. Harris scours police files, actual evidence and raw interrogation footage. As Harris interviews those closest to the case such as veteran detective, Jim Hansen; local Spokesman-Review journalist, Thomas Clouse; and family members compelled to speak for the first time, his need for answers and quest for justice propel the story forward.

The following additional episodes premiere Sundays at 10/9c on ID

The Legos Murder / Salt Lake City, UT
Premieres Sunday, June 10 at 10/9c
Tony investigates the mysterious 1991 case of Lucile Johnson, a 78-year-old woman brutally beaten to death in her own home, her crime scene oddly strewn with Lego building blocks. Twenty-two years later, DNA from her fingernails finally scores a match: a murderer on death row. But placing him at the crime scene takes a stroke of uncanny investigative ingenuity. Tony speaks with the imprisoned killer to find out first-hand what drove him to murder so viciously.

Lonnie’s Last Funeral / Navasota, TX
Premieres Sunday, June 17 at 10/9c
The peace of a small town in East Texas is forever shattered when Lonnie Turner, Sr., a hometown hero, is shot dead in his own bedroom. Police discover the murder weapon under a mattress in a bedroom of his home, turning the investigation toward a family member. But when the suspect’s alibi checks out, suspicions shift to a friend with a criminal history. In his startling defense, the hitman claims he was forced at gunpoint to commit the crime. Tony wants answers, and travels to Hightower Prison in Texas to get them from the gunman himself.

Three is the Deadliest Number / Eunice, NM
Premieres Sunday, June 24 at 10/9c
Darrell Blagg came home from work expecting to be greeted by his beloved wife, Stephanie. Instead, he was gunned down by a mysterious intruder. The crime scene had a wealth of clues – most boggling, that they had been manipulated. Someone had actually tampered with the evidence. But why? Tony retraces the relentless effort to uncover a story of staggering betrayal, and a tragedy that ripped a family apart.

Death of a Salesman / Kinston, NC
Premieres Sunday, July 1 at 10/9c
Who would want to kill Billy C. White, a beloved, unassuming, insurance salesman and pillar of his community? His body is found on a desolate dirt road with two shotgun blasts to his torso. An anonymous caller confesses, but his story is shaky. As Tony digs deeper, he uncovers an elaborate web of intrigue tracing back to the unexpected mastermind behind the murder plot. It turns out, Billy wasn’t this cold-blooded killer’s first victim.

TITLE TK / Orchard Park, NY
Premieres Sunday, July 8 at 10/9c
Newly engaged, Angela Moss was a 39-year-old military veteran and caring nurse when she was viciously shot down at the end of her shift. Her senseless death has all the terrible trappings of a professional hit. When Tony uncovers a second murder, his investigation takes him to the shady underworlds of a drug dealer and a motorcycle club. But, incredibly, it would take a humble insurance agent to bring Angela’s killer to justice.

What do you think? Are you a fan of true crime docs? Will you watch season two of Scene of the Crime?

Wonderful show on Billy White. I have been best friends with Teresa for over 40 years and was there through all of this., Little Bill and Billy. I think this could be a fantastic mini series just to show how evil that woman was and still is