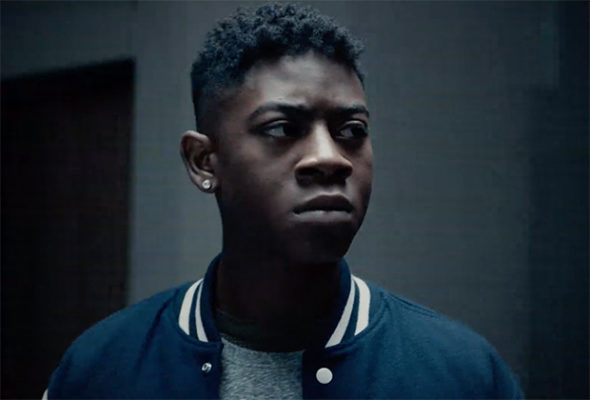 Will viewers find Scream now that its moved from MTV to VH1? Has the Scream TV show been cancelled or renewed for a fourth season on VH1? The television vulture is watching all the latest cancellation and renewal news, so this page is the place to track the status of Scream season four. Bookmark it, or subscribe for the latest updates. Remember, the television vulture is watching your shows. Are you?

Airing on the VH1 cable channel, Scream: Resurrection has a new setting in Atlanta with new characters and the return of the killer from the movie franchise, Ghostface (voice of Roger Jackson). Deion Elliot (RJ Cyler) is a local football star with a bright and hard-earned future ahead of him. Unfortunately, he also some dark and tragic secrets that could cost Deion his prospects, as well as his family and friends. The rest of the cast includes Mary J. Blige, Keke Palmer, Tyler Posey, C.J. Wallace, Tyga, and Giullian Yao Gioiello.

Will the Scream TV show be cancelled or renewed for a fourth season? Season two aired nearly three years ago so a lot of people have forgotten this series even existed. It’s also been moved from MTV to VH1. Plus, season three was given a three-night “burn-off” in a slow summer month and the overdue premiere was announced less than two weeks in advance. Quite honestly, despite some notable casting, it feels like this show was dead in the water before season three even began airing. However, season three did quite well so, even if this was planned to finish the series, the ratings may cause it to be renewed. I’ll post updates here. Subscribe for free alerts on Scream cancellation or renewal news.

Update: Scream has been cancelled, so there won’t be a fourth season (at least for now).

What do you think? Were you hoping that the Scream TV show would be renewed for a fourth season? Are you sorry that VH1 cancelled this TV show, instead?

please make another season continuing emma duvals story season 3 made no sense adding a whole new cast didnt make sense to anyone we wanna see what happned after season two theres so many unanswered questions that everyone wants to see bring the show back continue emmas story fans loved the cast from season 1 and 2 we want more!!!!!!