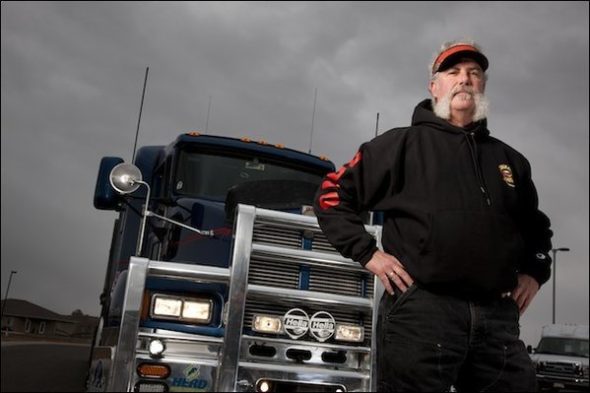 Is Shipping Wars over? Star Marc Springer recently addressed the future of the A&E series on Facebook.

When asked if Shipping Wars will have another season, Springer said the decision is up to A&E:

I think shipping wars was great for us truckers and people that doesn’t understand how trucking and shipping works, definitely need to bring it back

I think A&E should Bring Back Shipping Wars and my son and I will help bring back the Ratings!!! Once we’ve been added to the cast that is!!

It would sure be nice if the entire 7 seasons was available on DVD.

I’m a great grandmother & I have always watched Shipping Wars.

I SURE HOPE THIS SERIES CONTINUES!

I miss Roy but I enjoy all the personalities.

I agree Shipping Wars was a show I ALWAYS watched ! A MILLION times better than some of the CRAP they have now, I never watch a&e anymore, their shows are …. BORING , I’d rather watch my grass grow, than watch the CRAP shows a&e now has, a channel that will be Off The Air soon…. I hope !

I loved shipping wars and never missed an episode. I hope they bring it back.

KEEP SHIPPING WARS ON. I LOVE ❤️ IT

Sick of repeats. Bring it back . Love the show.