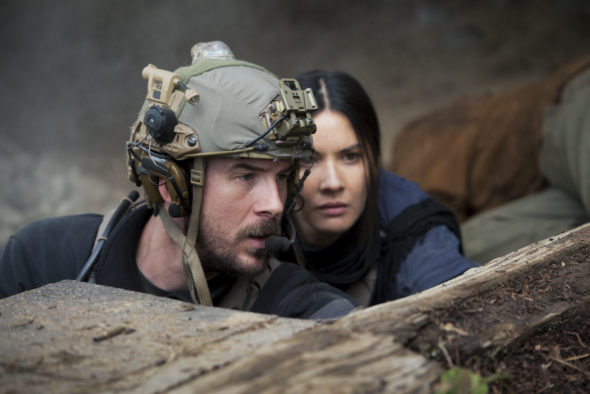 Mission aborted. History has cancelled its Six TV show after two seasons. The cancellation news comes six episodes into the Navy SEAL series’  10-episode second season. While there will be no third season, the last four episode of season should play out as scheduled.

Six: A Look at the Ratings

The second season of Six is averaging a 0.21 rating in the 18-49 demographic and 803,000 viewers. Compared to season one, that’s down by 47% and 49%, respectively. Find out how Six stacks up against other History TV shows.

According to a Deadline report, the cancellation decision was made now, because cast options are set to expire.

What do you think? Have you been watching season two of the Six TV series? If it were up to you, would Six have been cancelled or renewed for season three on History?

At least end it with a season 3. You can not just end a Season like that!! Please!