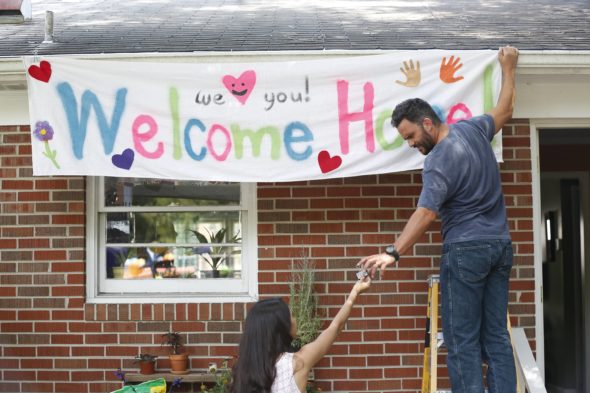 Navy SEAL Team Six is coming back for seconds. History has announced season two of Six will premiere on Memorial Day, Monday, May 28, 2018 at 10:00pm ET/PT, before settling into its regular timeslot on Wednesday, May 30th, also at 10pm.

New York, New York – March 8, 2018 – HISTORY’s hit Navy SEAL drama series “SIX,” returns for its sophomore season in a special Memorial Day premiere on Monday, May 28 at 10PM ET/PT and doubles up on the action with an all-new episode airing during its regular timeslot on Wednesday, May 30 at 10PM ET/PT.  Olivia Munn (The Predator, X-Men: Apocalypse, “The Newsroom”) reports in for duty and makes her “SIX” debut as the smart, ruthless CIA operative “Gina Cline.”

From A+E Studios, the ten-episode second season of “SIX” follows Navy SEAL Team Six in a mission to destroy the terrorist network responsible for the shooting of their former team leader Richard “Rip” Taggart (Walton Goggins, “Justified”). Led by Joe ‘Bear’ Graves (Barry Sloane, “Revenge”), the Navy SEALS will join forces with cunning and tenacious CIA officer Gina Cline (Munn) to scour Eastern Europe, infiltrating hostile territory and terrorist hotspots like Chechnya as they track the mastermind behind Michael’s (Dominic Adams, “Devious Maids”) jihadist network. The chase will bring the Navy SEALs to the border of Russia, where the consequences of their actions could spark World War III.

In its first season, “SIX” reached 39 million total viewers across HISTORY and all A+E Networks in Live+7 Days and was cable’s #2 new original series in 2017 among total viewers in Live+7 delivery.

What do you think? Did you watch the first season of the Six TV series? Do you plan to tune in for season two, on History? Sound off, in the comments.

Will there be a season 3 for Six? I love the show should be more about the hero’s who protect us so we can enjoy our freedom! Can’t thank them enough!!!

Nope they cancelled it!! So ticked

So ready for Season 2 of Six. Was afraid it had been canceled.

Glad to hear this show is coming back for a second season. Loved the first season and can’t way for the next one. Great acting and writing.

So glad this show is coming back. Great realistic drama wither on the field or in the home.