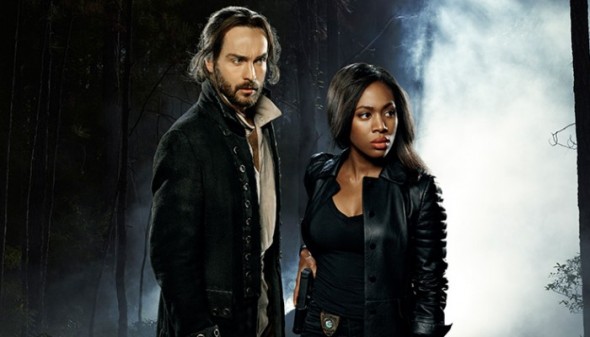 Sleepy Hollow is currently airing its third season on FOX, but could fans of the series see it return for a fourth season next fall?

Dana Walden, the woman in charge at FOX, spoke about the future of the series at the Winter TCA’s, and she is hopeful that it will return. The network has not yet made a decision yet.

According to TV Insider, she said:

“I’m really hoping Sleepy Hollow comes back. That’s where my mindset is right now…we need to take in those multi-platform numbers. We’ve seen some of them, but we haven’t seen enough yet to make a real determination about it. We’ve asked a lot of it—perform on Thursday night; it will come back for this midseason on Friday nights. We need to see how that goes. We’re trying to do it as quickly as possible so if this is our decision, we end it in a meaningful way.”

FOX is pleased with the creative direction of the series though. Walden addressed that at the Winter TCA’s as well. According to E! Online, she said:

“We’re really happy with Sleepy this season. The creative is in good shape. It’s a very difficult show to keep reinventing where that story engine is. It’s not a show we’re prepared to pick up today, but we’re liking what we’re seeing.”

Are you a fan of Sleepy Hollow? Do you want to see a fourth season? Tell us what you think.

I live this show. It is the highlight of my life and I think sleepy hollow is such a wonderful show that if it isn’t brought in for another season, I will boycott tv and promote others to boycott. I was a fan of show squRte pegs and my life became dark and dreary when u cancelled that show. O didn’t wTvh tv for 5 years. Please bring it back!!!!!

I enjoy the show and hope they make a fourth season.

yes !!!! Please the way it ended cries for a fourth season. Do not disappoint.

I want sleepy hallow four season to come. I love the show

I am from Canada and I have been watching the show since the beginning, but infortunately I missed season 3 finale and there is no way for me to watch it on line. I tried everything without success. Can somebody help me? And yes I love that show and would be very sad to see it cancelled. Too bad that show wasn’t playing on a canadian Channel like Gotham or Grimm on CTV because I am certain that the ratings would have been better.

love sleepy hollow and it is supernatural so we can get Abby back.I hope it comes back.

I enjoyed the chemistry between Crane and Abbie. Sad to see her leave in such a manner. I’m doubtful if I watch the upcoming new version of the series. Networks have little to no loyalty to fans.

My husband and I have watched Sleepy Hollow faithfully from its beginning. However, if Nicole Beharie has left the series, I don’t think I will continue watching. The chemistry between Abbie and Ichabod made this show.

I think that there is a lot of potential for a new season with Mills never actually being able to fully die, a new witness to be found, a secret service after the return of Ross! I mean there are so many things Fox can do with this, it would be crazy to not have another season. Have the supernatural stuff out there is not appealing to adults, this show def. is.