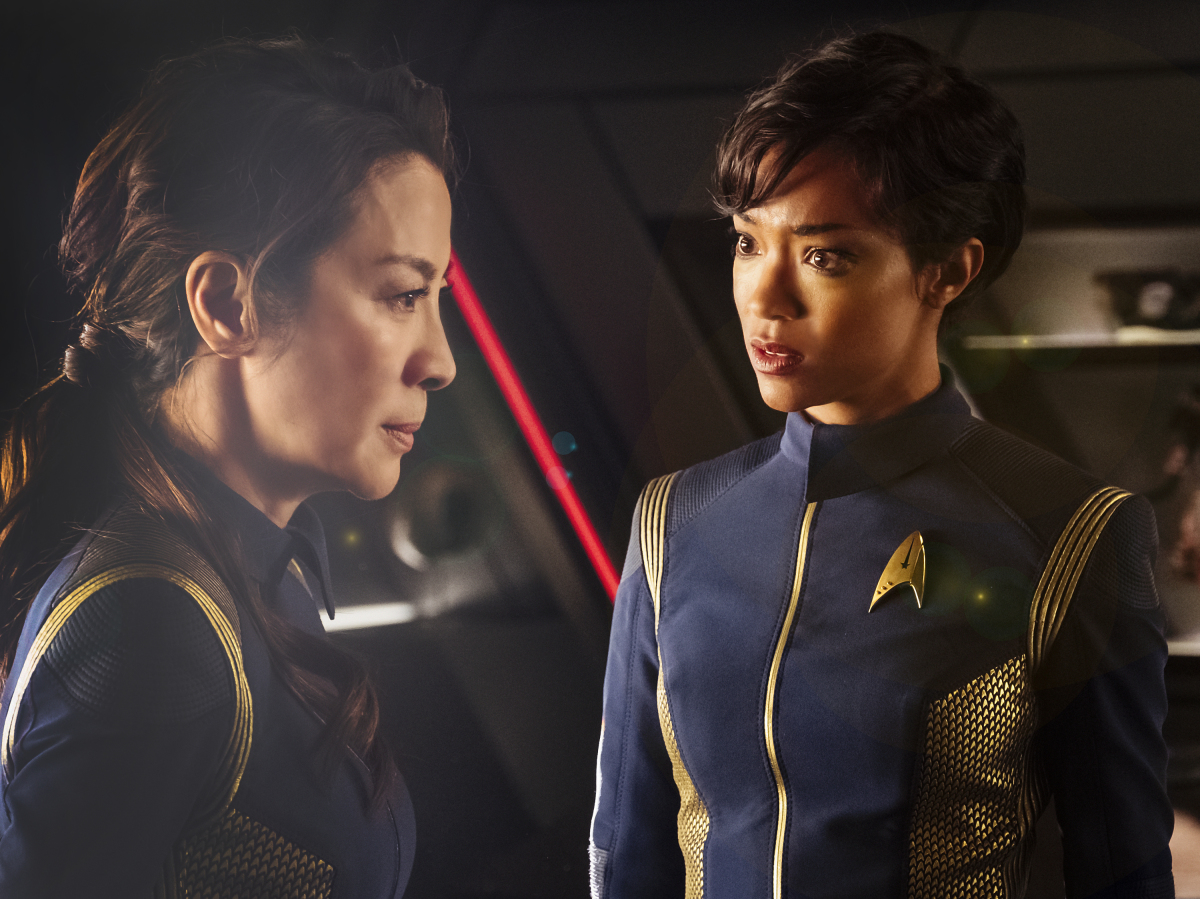 Star Trek Discovery returned with a big episode on Sunday night, and Jonathan Frakes, from Star Trek: The Next Generation, was behind the camera for the episode.

The CBS All Access series has already been picked up for a second season, and fans may see Frakes involved with the series again. He spoke about working on the set of Star Trek Discovery, and it took him back to his work on The Next Generation.

He said the following in a Rotten Tomatoes interview:

“We were pretty tough on directors anyway, because we were wild. We were wild, especially on the bridge, and these guys have that same — there’s a great playfulness that comes from being prepared to do the work, so nobody’s doing their homework while they’re there. They’ve done their homework, so they come to play, knowing the notes, if you know what I mean. It really leads to a fabulously creative and playful atmosphere.”

Are you a fan of Star Trek Discovery? Tell us what you think.

This was a dynamite episode….as they all have been. Frakes’ experience with the series was evident in the pace of the action and revelations in the story. Worth every penny!! I’m enjoying the arcs and how they propel the story. he characters are being flushed out well and the story focus on the 1st Officer is creative and unique for a series. TNG as well as other series suffered from a slow start…….not this one!!!

I would watch “Discovery” even though it is not as good as “The Orville” if only it was on the regular CBS channel. I refuse to pay extra to see it on CBS Access. I’m already paying lots of fees for Direct TV and Netflix. I’m sure that there is a lot of fans out there that feel as I do. Star Trek TV series’ have always been on regular TV.

It was a great episode, I just love this new Star Trek series. The challenge was huge in picking up the legacy of this great series,but they’ve done so with brilliance!