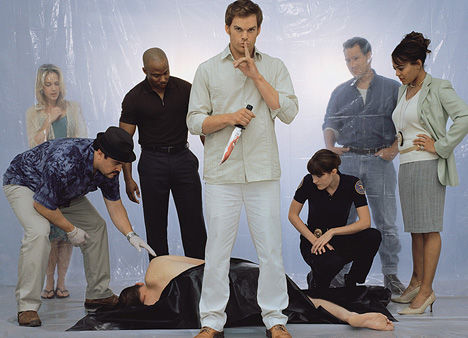 Dexter fans should not lose hope! They may still see a ninth season of the Showtime series. That was made clear by the man in charge of the network and the star of the series, Michael C. Hall, over the weekend at the TCA’s.

Per an Inquisitr report, Hall said the following about the future of the series:

“I don’t think it’s quite time. But it’s a conversation that continues at its own pace.”

Per TV Insider, David Nevins, President and CEO of Showtime Networks Inc., also said that the possibility of the series returning is still being discussed.

Do you want another season of Dexter? Tell us what you think.

Would love it! Thoroughly enjoyed the series and it ended with all kinds of potential.

Omg YES PLEASE OH PLEASE bring Dexter back. I am almost finished with season 8 and I am dying here knowing this is it. Working full time I will finish tonight and will have watched all 8 seasons in less than 3 weeks. I am seriously going to go through withdrawls.

Several months ago, my sister and I were talking about what’s good on Netflix. She said she loved the show Dexter. So, I suggested it to my husband, and we were hooked from the first episode. We are in the 8th season, and knowing it’s almost over, I’m starting withdraw already. I was looking up the reason it was canceled, and saw that there is hope for a 9th season. My heart started pounding. Seriously, I’m not a psychopath, I just really like this show, and the characters. Well, some characters I like, then don’t, then do again, but they… Read more »

I hope for sure Dex will return, it will be a smashing hit again!

Its time! It has been a couple years since i have finished the series, and i am dying to see more, pun intended.

Its time for a season 9, I am addicted and it has been a couple years since i finished the series and i’m dying, pun intended, to see more!

Yes!! They should definitely make a Season 9!!! I love Dexter and I want him to see Rita’s kids again and I don’t want it to end with him running away like that. Please bring Dexter back!!

Yes! I love Dexter! Please bring it back for more seasons!