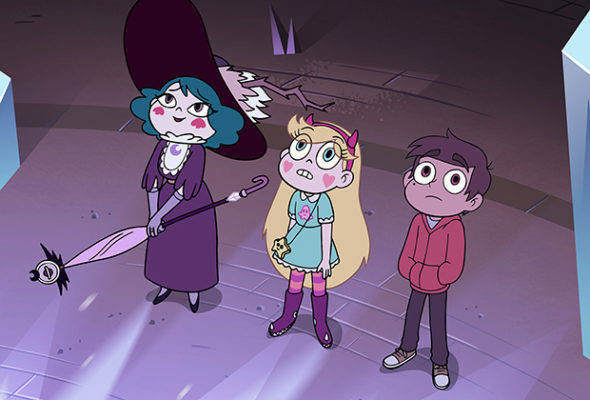 It looks like Star vs. The Forces of Evil is coming to an end. Disney XD just announced the TV show’s fourth and final season will premiere in March.

The fourth and final season of Star vs. The Forces of Evil premieres on Disney XD on March 10th at 8 a.m. ET/PT.

FINAL SEASON OF ‘STAR VS. THE FORCES OF EVIL’ SET TO DEBUT SUNDAY, MARCH 10, ON DISNEY CHANNEL AND DISNEY XD

The final season of the Emmy(R) Award-winning animated series “Star vs. The Forces of Evil” is set to debut with two back-to-back episodes on SUNDAY, MARCH 10 (8:00-9:00 a.m. EST/PST), on Disney Channel and Disney XD. The episodes will also be available the same day on DisneyNOW. Following the season premiere, new episodes will premiere on Sundays throughout the spring on Disney Channel.

“We put our heart and soul into this final season, and can’t wait to celebrate the exciting conclusion of the series with our fans who have remained so loyal throughout this journey,” said Daron Nefcy, creator and executive producer.

“Star vs. The Forces of Evil” is a production of Disney Television Animation and carries a TV-Y7 parental guideline.”

What do you think? Have you seen Star vs. The Forces of Evil? How do you want the series to end?

life is not the same without them

I have some ideas of you want I will do anything so you can kame a season 5!!!!!

why deos have to endddddd I love it

Please do make season 5 for star vs the forces of Evil. Please it’s amazing…….I don’t want it to end…… Please…..please……please…..
And what happened after the ending?
Please don’t leave this suspense…..
Please make a season 5.

You ruend my Day and I cried