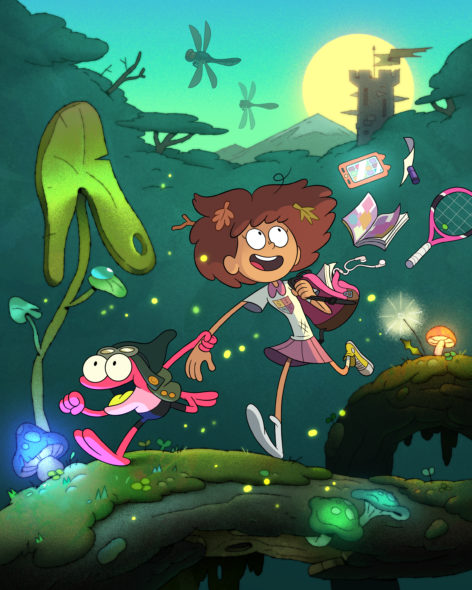 The House of Mouse is doubling down on new animated children’s programming. Today, Disney XD ordered The Owl House and Amphibia TV shows to series. Both new programs are slated to premiere on a date TBD in 2019.

Amphibia comes from Gravity Falls‘ Matt Braly, and The Owl House is from Danna Terrace. Learn more from this Disney XD press release. 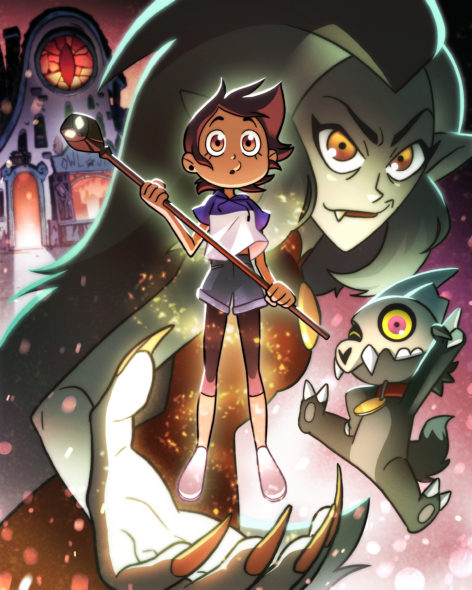 The network has also ordered a season four pickup for Disney TVA’s Annie Award-nominated “Star vs. The Forces of Evil” from creator Daron Nefcy.

Coleman said, “‘Amphibia’ and ‘The Owl House’ are both set in wildly imaginative worlds and share hallmarks of great Disney storytelling, including fantastical elements and memorable characters. Matt and Dana each bring a unique sensibility to their shows unlike anything else on TV right now.”

“Amphibia” is a comedy series that chronicles the adventures of 13-year-old, self-centered Anne Boonchuy who is magically transported to the fictitious world of Amphibia, a rural marshland full of frog-people. With the help of an excitable young frog named Sprig, Anne will transform into a hero and discover the first true friendship of her life. Braly serves as executive producer.

Executive-produced by Terrace, “The Owl House” is a horror-comedy series that follows Luz, a self-assured teenage human girl who accidentally stumbles upon a portal to the Demon Realm where she befriends a rebellious witch, Eda, and an adorably tiny warrior, King. Despite not having magical abilities, Luz pursues her dream of becoming a witch by serving as Eda’s apprentice at the Owl House and ultimately finds a new family in an unlikely setting.

What do you think? How do you like the sound of The Owl House and Amphibia TV series? Do you plan to check them out? Tell us.