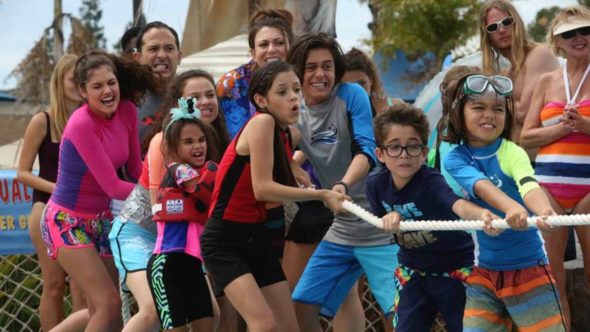 Stuck in the Middle is coming to a close. Deadline reports the Disney Channel TV show will end after season three.

According to Deadline, season three will be the last season for Stuck in the Middle. A premiere date for the final season has not yet been announced, but it is expected to air sometime this summer.

What do you think? Have you seen Stuck in the Middle? Are you sad it’s ending?

Yes!! I didn’t really care for this show. I always thought that show was boring because Harley, the main girl always broke fourth wall (meaning, she’s would always talk to the audience) which would go on and on CONSTANLY!! . I usually didn’t give a crap about Harley, her family, and her life. Her siblings are very annoying including, Daphne, the youngest one. She looks like a mess, little version of 1989 Paula Abdul. Harley’s oldest sister always has a resting ***** face, and looks like she’s over 20. Almost like 25ish.

Yeah, it’s sad. But the ending was kind of nice. I also remember when the Season 1 finale was approaching and Kayla Maisonet was just as sad, because nobody on the set was sure they’d have a second season

I’m really sad. I loved Stuck in the Middle and it was a funny, appropriate show. It was realistic and taught so many good lessons. I’m sad to see it go! I hope all the actors keep following their dreams though!

maybe you should find something better to do with your life than keep commenting on Disney cancelling shows. if you don’t like them than don’t watch.