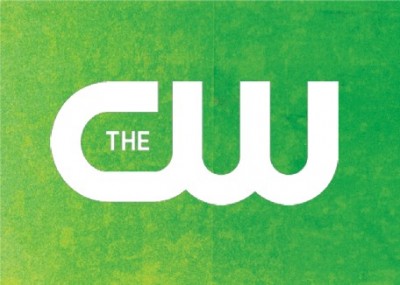 The smallest network, The CW, has released their primetime schedule for Fall 2018. For the first time in 10 years, The CW will be programming Sunday nights, giving the network two additional hour timeslots to play with. The network notes that they will have 12 hours of scripted programming this fall — more than ABC, FOX, or NBC.

New CW Fall shows are: All American, Charmed (a reboot), and Legacies.

Here are portions of the CW press release:

The CW’s new Sunday night kicks off the week with a one-two punch of empowered and powerful women, with SUPERGIRL soaring over to a new night (8:00-9:00pm ET/PT), followed by the magical all new CHARMED (9:00-10:00pm ET/PT), with new faces as the Charmed Ones, but the same heart and humor as the beloved original.

The CW’s highest-rated night remains the same next season, with THE FLASH back on Tuesday (8:00-9:00pm ET/PT) followed by the electrifying new hit BLACK LIGHTNING (9:00-10:00pm ET/PT).

Pop culture phenomenon RIVERDALE is back Wednesday 8:00-9:00pm ET/PT. And at 9:00-10:00pm ET/PT, new series ALL AMERICAN, based on the real life of NFL star Spencer Paysinger, tells the story of a high school football star from South Los Angeles, who is thrown into a new world of challenges and opportunities when he’s recruited by a coach (Taye Diggs) to play in Beverly Hills.

The Winchester boys are back for their 14th season of SUPERNATURAL Thursday 8:00-9:00pm ET/PT, followed by the new series LEGACIES (9:00-10:00pm ET/PT). Set in the world of “The Vampire Diaries” and “The Originals,” it’s the story of the next generation of supernatural beings at The Salvatore School for the Young and Gifted.

Friday nights Alexis (Nicollette Sheridan) is back to stir up more trouble for the Carrington and Colby clans in DYNASTY (8:00-9:00pm ET/PT), followed by the final season of the award-winning musical comedy CRAZY EX-GIRLFRIEND (9:00-10:00pm ET/PT).

The CW will launch its 2018-19 season in October, with premiere dates to be announced later. The season will once again kick off with the exclusive two-night telecast of the IHEARTRADIO MUSIC FESTIVAL; air dates will be announced at a later date.

Check out how The CW schedule lines up with the other networks’ schedules.

Keep up with all of the cancelled and renewed CW TV shows on our status page.

What do you think? Are you glad that The CW has expanded to Sunday nights? Which new and returning shows will you be watching this fall?

Why are Racheal Ray shows repeat this time of year?

Love the show supernatural, one of the best series l watch. Would be very disappointed if it was cancelled

I cannot wait for Fall! If it wasn’t for the cw, I would only watch Netflix. Local channels suck, except Tuesday, Wednesdays, and Fridays. For me anyway.

Yay! So happy to see my favorite shows renewed!!!