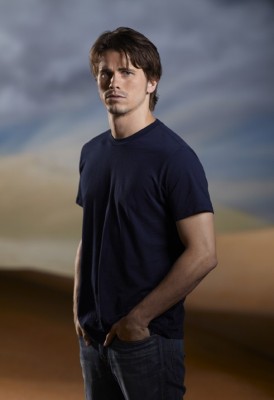 What a mistake. Loved the show

it took several episodes to figure out the plot; lots of implying and vague sideways dialog; it really turns fantastic about ep. 3+4, but by then I can see how others just gave up and moved on. but BEST SHOW EVER, THIS SUCKS!

Not sure why ratings versus quality of show won out. The Event fans have spoken please add closure to the series’s at least on line.

Too bad they already did that 6 years ago(5 when you left the comment). It was just starting to get good.

Finally a show with a storyline not some stupid drama filled reality tv. I HATE reality tv. Love this show. THIS is drama action intrigue love etc at its best.

Please continue this show its amazing….

I must admit it started out rocky, i almost lost interest. After a few episodes i became hook. Please launch season 2. There are fans out here

Ooohhh!!!! NOOOO!!!! Why will such an interesting movie like this be cancelled. Please relaunch, cant wait foe season 2!!

Watched this in 2011 and loved it.
I hoped season 2 was coming.
Last week I remembered the final shot of the series with the planet popping up. ………..did they know about planet x/niburu and that it is coming this way?

i bet they knew

One of the best series that Ive ever watched and I was really disapointed when it was cancelled. The reason that NBC gave isn’t convincing and as one reader put it, it was rather political, civil liberties and government conspiracy that led to the cancellation.
A very thrilling series that would have been allowed to progress..

dont cancel it pliz. it was so inspiring to me as a viewer

THE *REAL* REASON for cancelling, as someone above me greatly said – I quote: “Show hits on various unpopular political implications regarding terrorism, civil liberties, and government conspiracy” — *THAT* IS THE ONLY REAL REASON WHY IT HAS BEEN CANCELLED. AND OF COURSE THERE IS THAT MAIN “”””SCI-FI”””” THEME OF (ALWAYS DENIED) PRESENCE OF THE EXTRATERRESTRIALS ON EARTH. So it is very politically incorrect show. Yeah laugh at me, as you like, but I know everybody WHO THINK, WE ARE *ALONE* IN THE WHOLE (UNIMAGINABLY) WAST UNIVERSE, is just brainwashed by the mainstream. Suure, the universe WAS MADE JUST FOR… Read more »

WHY CANCEL THE EVENT THESE GUYS ARE CRAZY