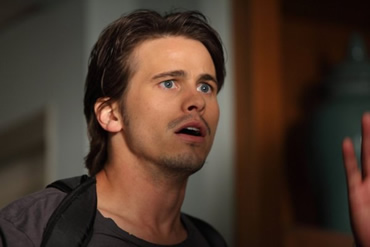 I just watched this on Netflix and absolutely love it. I hadn’t even heard of it being on tv. Please, someone, pick it up. I have to know what happens about the alien dying world, right next to us. Now that they are in our backyard, are we going to try to help save them? Or will there be a war? They did not do much to promote this. I saw it on On Demand, but I didn’t know what it was about, so I skipped it. It looked like some kind of government conspiracy, which I’m tired of. But,… Read more »

It is 2013 I wish I new about that show back in 2010. Anywhere I love the story. It is possible some one trying deliver msg.I wish we can see the good end.

Ratings are low beacause the show is left unfinished. if it continues ratings will hit 2 digits.

NBC is a big problem, I don’t care if they canceled the show. Someone else should pick it up and roll with it,Then they would get the loyal viewers and ratings. NBC has done this to many times to these good shows just to put on crap like reality shows that have no actual fan base.

2/27/2013. Just finished 20-something+ episodes of The Event on Netflix. Great show. Superb actors, fantastic pacing beginning with third episode. Wonderful, fresh approach.
I shall look forward hopefully that the series continues. Probably it lost a percentage of it initial audience because it has no “trash” factor that seems to appeal to some. It is, indeed, splendid.

I’m very late in posting a comment about ‘The Event’, but I’m hoping that someone will see all of the comments, and know that there is/was/will be a loyal and interested following of this GREAT! GREAT! show. Please find a way to bring it back to life!!!! Or at least finish it. I just found it on Netflix, and I’m enjoying the episodes all over again. My wish is that there will be a continuation of the show, and/or an ending to the story. I’m sure the writers have many more stories with twists and turns to present. I also… Read more »

What a show!!! the best hour on television in a long time.. anyone who watches the show can’t wait til the next episode. it leaves you wanting more and more. i just can’t believe it wasn’t a hugh hit this show had me planning my night around it. couldn’t miss it for nothing. It is so many places this show could go on the storey line. god i miss it…. please bring it back there is lots of unfinished bussiness.

oh! And also I enjoyed it very much! Love to watch more of it!

I found (the event) on Amazon. I don’t have much time for television. So I usually pick shows up on alternative devices. And I have to say I would enjoy watching another season of (the event). I found it to be better than most shows of it’s kind by far. If it had problems I would wonder of it’s time slot! as to what’s it’s competition was? If it was against a show that has been running for awhile I could understand perhaps. But I think after people maybe watched more into the episodes they might find it compelling to… Read more »

I just found this series on netflix. Never heard of it before. Loved it. Watched four hours of it back to back!

I think the problem with all these series is they don’t plan an end game. They should have a wrap-up in the can for each season, just in case they decide to not continue. I don’t like to even start a series because most of the time your left hanging. I also think they should never go more than three seasons. The story gets to confusing or lost completely.

l loved the series but like ‘The 4400’ you watch it to be disapointed that it have no ending.
l think there should be a season two to tie up the loose ends.
l’ts a great series

I think NBC FAILED the audience. This show was very exciting nd sit in the edge of your seat type that MAKES you want to watch again.

Agree! down with NBC 😀

I can’t believe THE EVENT may be cancelled i couldnt wait for the return, Sify buffs
don’t stand a chance against all those cheesy sitcoms….ABC is also cancelling V,
last year THE 11TH HOUR was cancelled, next it will be FRINGE and THE SECRET
CIRCLE. COME ON NOW ALL THESE SHOWS ARE CANCELLED WITHOUT YOU
EVER FINDING ANY CONCLUSIONS TO THE PROGRAMS, SO I THINK A LOT OF
PEOPLE DON’T WATCH BECAUSE JUST WHEN YOUR HOOKED … GUESS WHAT
ITS CANCELLED.