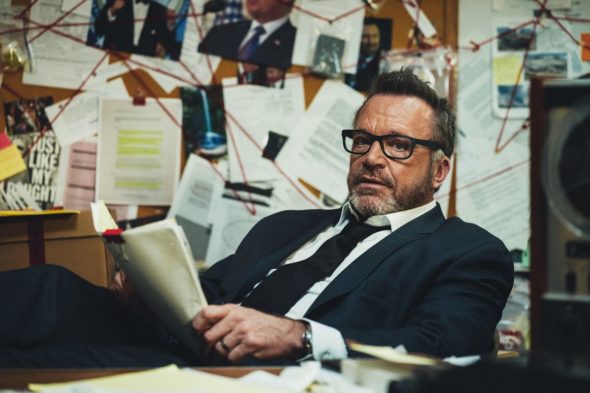 The hunt has come to an end. Deadline reports Viceland has cancelled The Hunt for the Trump Tapes after one season.

The docuseries followed Tom Arnold as he “searched high and low for elusive videotapes allegedly showing Trump in all manner of compromising positions – from the infamous “pee tape” in a Moscow hotel room to an outtake on The Apprentice in which Trump allegedly used the N-word.”

Although VICELAND has cancelled The Hunt for the Trump Tapes, Arnold says he’d not finished searching:

I am not quitting until I get all the tapes or Trump resigns, which ever happens first. Every day both things get closer to happening.”

What do you think? Did you see The Hunt for the Trump Tapes? Do you think the tapes exist?

I never knew this was a series! Tom Arnold needs to get a serious job and stop being nutty