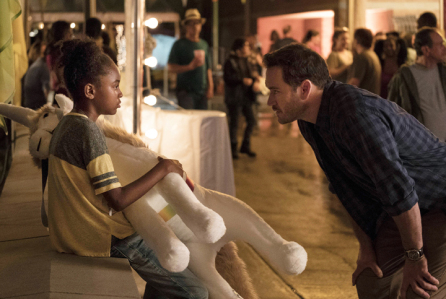 Mark-Paul Gosselaar is coming to FOX. Deadline reports the network has ordered a new TV show with the Pitch star called The Passage.

Based on the books by Justin Cronin, the fantasy drama “focuses on a 10‐year‐old girl named Amy Bellafonte (Saniyya Sidney), who is chosen to be a test subject for this experiment and Brad Wolgast (Gosselaar), the federal agent who becomes her surrogate father as he tries to protect her.”

FOX has ordered The Passage for the 2018-2019 season. No premiere date has been announced yet.

What do you think? Are you familiar with The Passage books by Justin Cronin? Will you watch the FOX TV show?

Wont make up for Lethal Weapon

Hopefully they will be as good as the books

The whole premise isn’t even shown. How do to think it’s boring already. Maybe you just judging by who’s in it.