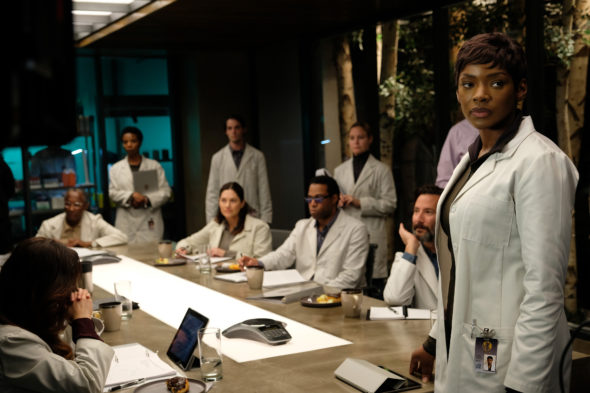 The passage was an awesome show! Please make a second season!!!

Please bring back the show I’m really looking forward to season 2 and I didn’t like the way season 1 ended.please Fox give the show another fair chance to bring in more viewers. thank you

You should at least run 2 seasons before canceling a show. You need to give people time to really get into it. Not just 6 episodes. The passage is a good show and Gone maybe canceled ! That really sux! It’s a great show since Criminal Minds.

PLEASE!! Bring this show back. I been waiting to hear something,this was a great show

This was a unique show on air. I have loved zombie, vampire and apocalypse kind of movies since I was a kid. I’m so disappointed. I was figuring there was just going to be another season. The way it ended made me frustrated. I think you made a HUGE mistake Fox. You didn’t even give this show a chance. Please bring it back! Lol

I’m hoping season 2 was already done or was in the works and that the powers that be will decide a mistake was made and release a season 2. The books were very good and the tv series-though different than the actual book series-was even better! Please bring it back! Even vampires deserve a chance!

Boo! on you Fox you did not even give it a chance if it was something stupid you would renew it for 5 seasons.

The Passage canceled?? Come on network,you are seriously doing away with all my favorite shows…That’s never good..The show was awesome!

I loved the passage it was one of my favorite shows. I sooo wish you would continue showing this show…
Sooo bummed

Great show!!! Should not have been canceled

Cant believe you cancelled The Passgae! Guess you’re going to loose a lot of viewers

Why did you all cancel Passage it was one of the best show/ series on Fox. I were looking forward to seeing another season. I am very disappointed.

I love Zombies and Vampires,the two leads ( the cute little girl and her Guardian) are incredible and have a beautiful loving chemistry!!I can’t wait for season 2!