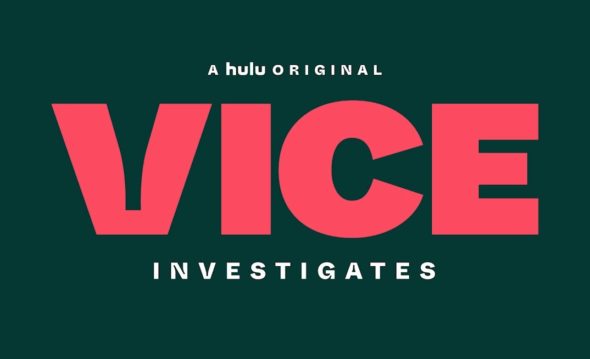 Vice Investigates is coming to Hulu. The streaming series is working with Vice to bring this new documentary series to life, and viewers do not have to wait for it long. Vice Investigates launches on Hulu on November 1. Viewers will be able to check out the first three episodes of the series before the series returns in December. After the premiere, viewers will see new episodes monthly.

“Today, Hulu announced the premiere of the provocative new series VICE Investigates from the award-winning producers and correspondents at VICE News. The Hulu Original will feature stories told through a distinct reporting lens, immersive narratives and fresh perspectives on the important — and sometimes controversial — issues defining today’s culture. Hulu has ordered a ten-episode season of VICE Investigates, which will stream exclusively on Hulu launching the first three episodes on Friday, November 1, 2019, followed by monthly, one episode per month, premieres beginning in December.

Each of the ten VICE Investigates episodes will provide audiences with an in-depth experience exploring timely topics and questions, such as the complex geopolitical divide between Iran and Saudi Arabia; a deep dive into the seldom seen human side of K-Pop rockstars; and a first-hand look at the experiences of intersex and transgender athletes attempting to redefine the gender lines of competition in a non-binary world.

VICE Investigates joins Hulu’s growing offering of premium news content and culturally relevant documentary series and films, including the The Weekly from The New York Times, in partnership with FX, as well as Hulu Original Documentaries such as the Oscar(R)-nominated Minding The Gap, Ask Dr. Ruth, Fyre Fraud, Crime + Punishment, Untouchable and The Amazing Johnathan Documentary.”

The stories featured in the three premiere episodes were also revealed.

Hulu released a preview for Vice Investigates. Check that out now.

What do you think? Will you check out the premiere of Vice Investigates later this week?