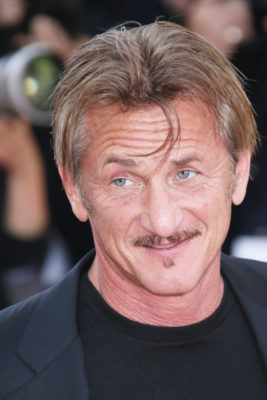 Sean Penn is headed to Hulu. Today, the streaming service announced the Academy Award-winning actor has joined their upcoming TV show The First.

From Beau Willimon, the drama “will follow the first human mission to Mars exploring the challenges of taking the first steps toward interplanetary colonization.”

Hulu has not released details concerning Penn’s character on The First, but the series is expected to premiere in 2018.

Santa Monica, CA (September 20, 2017) – Academy Award®-winning actor Sean Penn has joined Beau Willimon’s upcoming Hulu original drama series “The First.” Though details about the role remain under wraps, this marks the acclaimed actor’s first foray into television. Set in the near future, “The First” will follow the first human mission to Mars exploring the challenges of taking the first steps toward interplanetary colonization. The story focuses not only on the astronauts, but also on their families and loved ones, as well as the ground team on Earth. Hulu and Channel 4 have given a straight-to-series order for the show, created by Willimon (House of Cards, Ides of March), who also serves as executive producer alongside his producing partner Jordan Tappis under their Westward Productions banner. IMG will handle sales in all territories.

“I have such deep admiration for Sean’s immense talent and extraordinary body of work,” said Willimon. “I feel very lucky to be collaborating with an artist of his caliber.”

Penn has been nominated five times for the Academy Award® as Best Actor for “Dead Man Walking,” “Sweet and Lowdown,” “I Am Sam” and won his first Oscar® in 2003 for his searing performance in Clint Eastwood’s “Mystic River” and his second Oscar® as Best Actor in 2009 for Gus Van Sant’s “Milk.” Additionally, Penn received Best Actor awards at the Cannes (“She’s So Lovely”) and Berlin (“Dead Man Walking”) Film Festivals, as well as being a two-time winner of Best Actor honors at the Venice Film Festival (“Hurlyburly,” “21 Grams”). Penn will be honored next month with a career tribute at the Mill Valley Film Festival.

Westward Productions – an independent film and television studio founded by Willimon and Tappis – will own and produce “The First.” The series, commissioned by Channel 4 and Hulu, will be co-financed by Hulu, Channel 4, IMG and AG Studios. “The First” will premiere on Hulu in the US and on Channel 4 in the UK and Ireland.

The series will go into production this year and is slated to premiere on Hulu and Channel 4 in 2018. Executive producers are Beau Willimon and Jordan Tappis for Westward. The series was commissioned for Channel 4 by Simon Maxwell, Head of International Drama, and Beth Willis, Head of Drama. For Hulu the series was commissioned by Craig Erwich, Senior Vice President of Content and Beatrice Springborn, Vice President of Content Development.

What do you think? Are you a fan of Sean Penn? Will you watch The First?