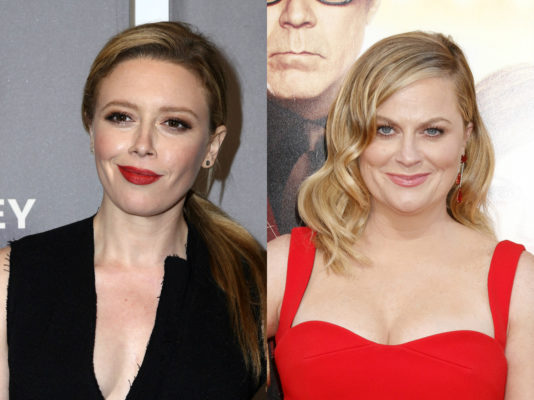 The untitled comedy “follows a young woman named Nadia (Lyonne) on her journey as the guest of honor at a seemingly inescapable party one night in New York City.”

Netflix has ordered eight episodes of the untitled series. No premiere date has been announced yet.

Hollywood, CA – September 20, 2017 — Natasha Lyonne, Leslye Headland (Bachelorette, Sleeping with Other People) and Amy Poehler are set to bring a new comedy series to Netflix members around the world, with Lyonne set to star.

The Untitled Lyonne/Headland/Poehler comedy series, from Universal Television, follows a young woman named Nadia (Lyonne) on her journey as the guest of honor at a seemingly inescapable party one night in New York City. The eight-episode series is set to premiere on Netflix in more than 190 countries around the world.

Said Lyonne, “So excited to get cracking with the intensely brilliant Leslye Headland, the GOAT with a heart of gold Amy Poehler, and Netflix, the safe haven I’ve been searching for since the 80s. Deeply moved to work with such heavy hitters and to share our show with the world.”

Said Headland, “These women are heroes of mine and to work with them at a company that promotes originality and creativity is a thrill.”

“Natasha’s humor, humanity and depth have connected with audiences around the world on Orange is the New Black,” said Cindy Holland, Vice President, Original Content for Netflix. “With this new series, she, Leslye and Amy are creating an ambitious and uniquely formatted comedy that will have viewers guessing as much as they will be laughing.”

What do you think? Do you subscribe to Netflix? Would you watch this comedy?