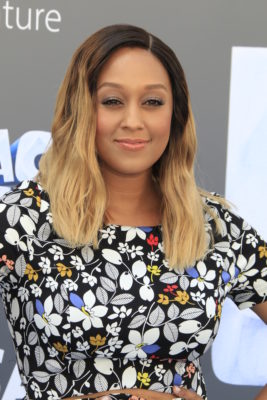 The comedy stars Mowry as “Cocoa McKellan, a free spirited mother from Seattle” who travel to small town Georgia for a family reunion. Devine plays the family matriarch, M’Dear.

Read more about Family Reunion from Netflix below:

In the Netflix original series, Mowry plays Cocoa McKellan, a free spirited mother from Seattle. When she and her former football-playing husband Moz and their four children travel from their home in the big city to the small town of Columbus, Georgia for the McKellan Family Reunion, they get to know an extended family they didn’t even realize they were missing. Devine plays the loving but strict matriarch of the family, M’Dear.

“We look forward to bringing families together to enjoy the hilarious and heartwarming stories of this multi-generational family living together and discovering the importance of connecting with their roots,” said Melissa Cobb, Vice President of Kids and Family at Netflix. “Meg DeLoatch has created a warm, funny and memorable extended family that we believe will resonate with audiences around the world and she has assembled an incredibly talented all-black writers room to authentically portray these characters and their journey.”

“I am so blessed to be part of this new and exciting moment in time that will touch and bring laughter, smiles, and joy to everyone who sees it. That is Family Reunion for me right now. When you see it, I think you are gonna love it, because it is all about family … The core of everything,” added Loretta Devine.

“I’m so excited to return to television, especially working with Netflix, and I can’t wait for everyone to see Family Reunion,” commented Mowry. “I know my fans are going to love it!”

“I have a dream cast and thanks to my incredibly talented group of executives at Netflix, I am having the most supportive and creatively fulfilling experience of my career,” added DeLoatch.

What do you think? Are you a fan of family sitcoms? Will you watch Netflix’s new series?