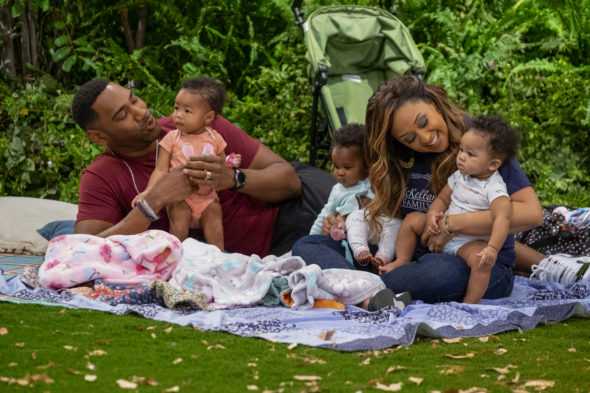 A free-spirit, Cocoa McKellan (Mowry) is a devoted wife and mother. When her football player husband, Moz (Alabi), hangs up his cleats, he thinks their four children would be well-served by moving closer to their extended family.

From the humidity (and what it does to the hair) to long church services, home cooking, and close family ties, this big city family has a lot to get used to, while it acclimates to small-town living. Cocoa also has to adapt to being in daily proximity to her in-laws, Moz’s father (Roundtree), who is a pastor, and the family matriarch, M’Dear (Devine).

While their parenting styles are different, as are their lifestyles, family is family. Now though, it is all under one roof, and it is here to stay.


What do you think? Do you like the Family Reunion TV series? Should this Netflix TV show be ending or renewed for a fourth season?

I truly love Family Reunion and so does my family my children and grandchildren I wish the show could last forever I’m looking forward to it becoming a weekly series I can’t get enough. The new season 3 just started today and I have already watched seven episodes I’m going to try and not watch the last one until tonight but then I will be finished with season 3. I’m already looking forward to season 4 please America needs more Family Reunion!! A weekly series would be so nice ❤️❤️

I love this show.Family Reunion. I can’t wait for it to return.

Loved it. Watched every show back to back. I want more.

It’s a good show that covers topical issues even though it’s mostly slap stick comedy. However I find the return of the wigs and hair pieces in season 2 somewhat hypocritical. Yes it’s good at tearing down historical stereotypes yet it perpetuates new ones.

I love this new show. This sitcom deals with many different issues. Some times humorous, other times maybe very serious. I love the episode “Remember when our boys became men?” Although this episode is sad to watch. This is our reality. This episode was teaching children how to accomplish this on their own by working hard and learning the value of money and independents. While also telling the story of how black people are treated by SOME RACIST police. Family Reunion is well rounded. I love the chemistry with the characters. The relationship Cocoa and Moz has is strong and… Read more »

I Love this show!. Everyone’s perfect with their roles. It is Funny! and so heart warming!. I Love the Life Lessons. I find myself crying happy tears watching it. Thank you so much

I absolutely love this family oriented show! It is funny, spiritual, always provides an ethical and moral message. Haven’t enjoyed a sitcom of this type since the Cosby Show. I certainly hope Netflix continues to support this show!