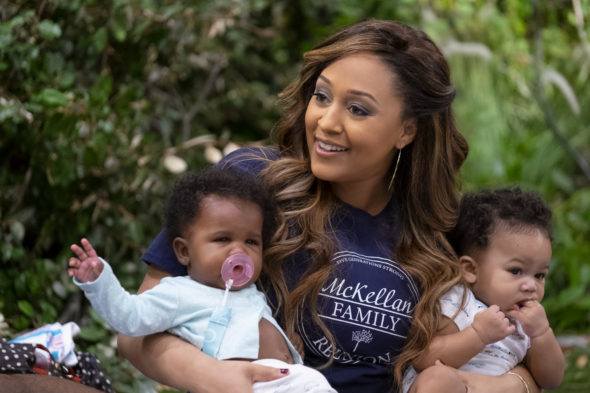 Do you feel at home with the first season of the Family Reunion TV show on Netflix? As we all know, the Nielsen ratings typically play a big role in determining whether a TV show like Family Reunion is cancelled or renewed for season two. Netflix and other streaming platforms, however, collect their own data. If you’ve been watching this TV series, we’d love to know how you feel about the Family Reunion season one episodes. We invite you to rate them for us here. *Status update below.

What do you think? Which season one episodes of the Family Reunion TV series do you rate as wonderful, terrible, or somewhere between? Should Netflix cancel or renew Family Reunion for a second season? Don’t forget to vote, and share your thoughts, below.

Family Reunion definitely should be renewed for more season. This show is a clean family show I watched all ten episodes with my grandson and he said Gmom there was no cussing in the show. This show is a breath of fresh air. A great family show and it’s very positive. Please renew its contract.
Thanking you in advance

I really hope that Netflix renew family reunion I didn’t watch Netflix until I came across this show. I really enjoyed this show thanks Netflix.

What a great show. Nice wholesome family show that the whole family can watch together and learn something useful from. I hope they do not cancel !!!Great show great actors great story lines. Must watch for everyone!!

Thank you it about time a good realistic funny tvshow Aires no sex violence demonic tv show something for the whole family to see.

This is a great show.

Fun show I binge watched season 1. Hope there is a season 2.

I do hope this show returns.