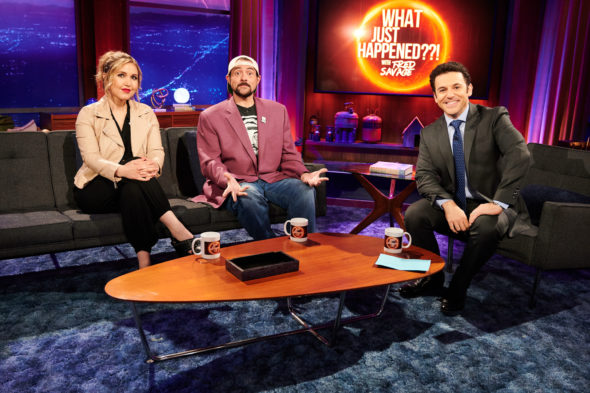 Airing on FOX, What Just Happened??! with Fred Savage is a fandom-filled aftershow that’s devoted to a fictional television drama series called The Flare. The latter is based on fictional author TJ Whitford’s sci-fi book series, The Moon is the Sun at Night which revolves around a solar event and its effects on Earth. The book has supposedly been a favorite of Fred Savage’s (playing a fictional version of himself) since childhood. A hybrid comedy and talk show, the parody series features multiple segments, including sit-down celebrity interviews, set visits to The Flare, interviews with The Flare cast and fans, and more. Other cast members include Taylor Tomlinson, Carrie Havel, Jon Cassar and in-house band Best Coast (Bethany Cosentino and Bobb Bruno).

*Status update: What Just Happened has apparently been cancelled by FOX.

I can’t believe it’s still on!