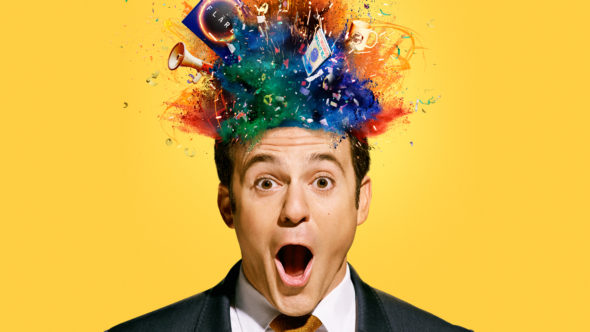 Cult-favorite shows like Breaking Bad and The Walking Dead have spawned the creation of aftershows that discuss what viewers have just seen on the latest episode. Now, FOX is trying something a little different with What Just Happened??! with Fred Savage. It’s an aftershow for a program that doesn’t really exist. Will viewers get the joke and tune in or, will the Nielsen ratings be as invisible as the drama that the aftershow talks about? Will What Just Happened??! be cancelled or renewed for a second season? Stay tuned. *Status update below.

Airing on FOX, What Just Happened??! with Fred Savage is a fandom-filled aftershow that’s devoted to a fictional television drama series called The Flare. The latter is based on fictional author TJ Whitford’s sci-fi book series, The Moon is the Sun at Night which revolves around a solar event and its effects on Earth. The book has supposedly been a favorite of Fred Savage’s (playing a fictional version of himself) since childhood. A hybrid comedy and talk show, the parody series features multiple segments, including sit-down celebrity interviews, set visits to The Flare, interviews with The Flare cast and fans, and more. Other cast members include Taylor Tomlinson, Carrie Havel, Jon Cassar and in-house band Best Coast (Bethany Cosentino and Bobb Bruno).

9/2 update: You can see the latest night’s ratings in context.

What do you think? Do you like the What Just Happened??! with Fred Savage TV show? Should it be cancelled or renewed for a second season on FOX?

*Status update: What Just Happened has apparently been cancelled by FOX.

I really love the show. Maybe if you did better/ more advertising…not about what is on the show but how crazy it is.
I hope they get another chance.