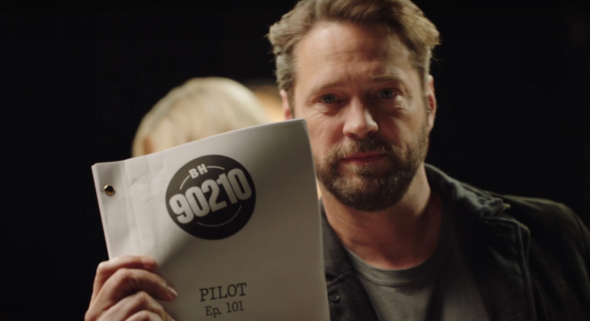 How is BH90210 going to deal with 90210? According to Hollywood Life, the upcoming FOX reunion TV show will ignore the cancelled CW reboot.

The reunion series will see Shannen Doherty, Jason Priestley, Jennie Garth, Ian Ziering, Gabrielle Carteris, Brian Austin Green, and Tori Spelling “reunite when one of them suggests it’s time to get a “Beverly Hills, 90210″ reboot up and running.” A reboot of the original series, 90210 ran on The CW from 2008 to 2013.

I think it’s best if we just let that go. I haven’t had anybody argue me on that yet. I never watched it. I was on a few episodes of it, as you said. But I don’t, yeah, we’re going to move away from that sort of image and go back to the original concept.”

Absolutely I will be watching the reboot of HB 90210 I was a huge fan! I will miss Luke Perry may he RIP

Yes most definitely love the original 90210 and can’t wait to see BH90210. Won’t be the same without Luke Perry, RIP, but I will definitely be watching in August!