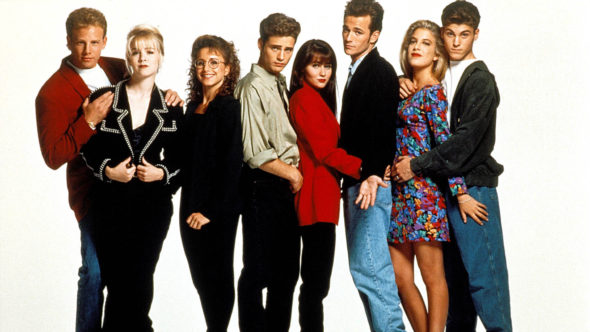 As reported earlier, a Beverly Hills 90210 reunion series is currently in development at CBS TV Studios. Several of the original stars, including Tori Spelling, Jennie Garth, Jason Priestley, Ian Ziering, Brian Austin Green, and Gabrielle Carteris, are committed to the project. But what about Shannen Doherty and Luke Perry?

Recently, Tori Spelling told Access Live revealed Shannen Dohery isn’t involved with the revival at the moment and Luke Perry will “do as many [episodes] as he can do.” Perry, of course, is currently a star on The CW’s Riverdale.

What do you think? Are you a fan of Beverly Hills, 90210? Would you watch the reunion series?