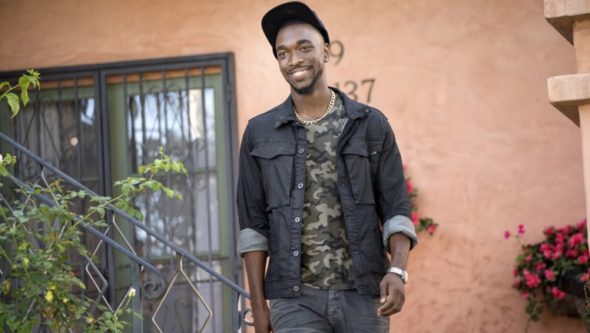 The television industry is notoriously quiet between Christmas and New Years but apparently, there’s still room for one more TV show cancellation. THR reports that the White Famous series has been cancelled after one season of 10 episodes.

Airing on the Showtime premium cable channel, White Famous stars Pharoah, Utkarsh Ambudkar, Jacob Ming-Trent, Lonnie Chavis, and Cleopatra Coleman, with Jamie Foxx guest starring as himself. In the first season, Michael Rapaport, Stephen Tobolowsky, Jack Davenport, Kendrick Sampson, Lyndon Smith, Natalie Zea, and Meagan Good also guest star on the Showtime TV series. Inspired by Foxx’s early career, the story centers on a young, talented African-American comedian, Floyd Mooney (Pharoah). Floyd is on a serious professional upswing. His act is catching on so well, he’s starting to cross over. His fanbase is expanding so fast, he’s on the brink of becoming “white famous.” Now, Floyd faces a new challenge — maintaining his credibility without hindering the growth of his career.

The comedy series drew very low ratings for Showtime and averaged a meager 0.09 rating in the 19-49 demographic with 263,000 viewers (live + same day). The series is one of Showtime’s lower-rated scripted series but is not the lowest. I’m Dying Up Here, which drew about half the live + same day ratings as White Famous, was renewed. The fate of low-rated Dice is still up in the air after two seasons.

The defacto series finale of White Famous aired on December 10th. While there won’t be a second season for the comedy series, fans will be able to continue watching the 10 episodes on Showtime’s streaming platform.

What do you think? Di you like the White Famous TV show? Do you think that it should have been cancelled by Showtime?

I really love this show.. Im shocked and heartbroken. It shouldnt have been cancelled. . loved balls and floyd

I had a friend audition for White Famous and I was so excited to finally get Showtime so that I could watch it! And now that I finally got to see the entire season I find out that it got cancelled! WTF?! I want to see more. Each episode got better and better. And to be quite honest I don’t think there was much publicity for this show. This was really good and just like that it’s gone. I think these networks are so quick to cancel shows without really hitting the second or third season. There’s a ton of… Read more »

Wtf? This show was awesome hav no idea why they’d cancel when it’s hard to find a good show u actually look forward to seeing the next episode ?! Way better then other stuff that got renewed ! Smart , funny, cool cast! I mean man that sux I’m really disappointed

I also agree this series was so much better than smilf.. Smilf is ok but did not have the comedy mixed in with emotion and passion that white famous brought the viewer . Plus I feel they have a better cast and have a higher ceiling through out seasons progression. Very disappointed they canceled this series. This was my new favorite tv show on showtime.

This show was way better than SMILF which was given a second season. I am very disappointed.