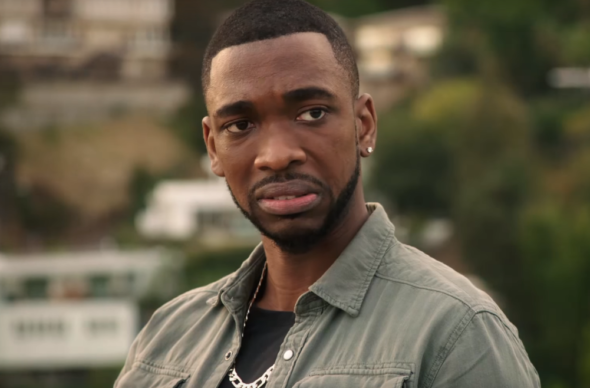 “I make rooms full of people laugh ’til they piss their pants.” This week, Showtime released a new preview for their upcoming TV show White Famous.

Executive produced by Jamie Foxx, the comedy stars Jay Pharoah as Floyd Mooney, a talented comedian “whose star is rising, forcing him to navigate the treacherous waters of maintaining his credibility as he begins to cross over into the world of becoming ‘white famous.'” The cast also includes Utkarsh Ambudkar, Cleopatra Coleman, Lonnie Chavis, and Jacob Ming-Trent.

Check out the new preview and poster below: 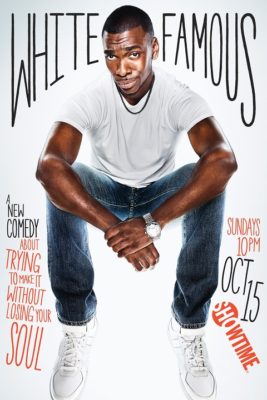 NEW YORK – September 14, 2017 – SHOWTIME has released the poster art and a behind-the-scenes look at its new half-hour comedy series WHITE FAMOUS. Starring Jay Pharoah (Saturday Night Live) and based on the personal experiences of Academy Award(R) winner Jamie Foxx, WHITE FAMOUS will premiere its first two episodes back-to-back on Sunday, October 15 at 10 p.m. and 10:30 p.m. ET/PT, following the hit drama series RAY DONOVAN. The project is a collaboration between writer and showrunner Tom Kapinos (CALIFORNICATION), who will executive produce, and Foxx, who will executive produce and guest star in the pilot. Tim Story serves as executive producer and directed multiple episodes. Starting on Sunday, November 5, WHITE FAMOUS will move to a new timeslot of 10:30 p.m. ET/PT.

In WHITE FAMOUS, Jay Pharoah plays talented young comedian Floyd Mooney, whose star is rising, forcing him to navigate the treacherous waters of maintaining his credibility as he begins to cross over into the world of becoming “white famous.” A co-production of Lionsgate Television and SHOWTIME, WHITE FAMOUS also stars Utkarsh Ambudkar (The Mindy Project) as Malcolm, Floyd’s frustrated agent who wants his client to do whatever it takes to make it big. Cleopatra Coleman (The Last Man on Earth) plays Floyd’s ex-girlfriend Sadie, the love of his life and the mother of his son, played by Lonnie Chavis (This is Us). Jacob Ming-Trent (Feed the Beast) stars as Ron Balls, Floyd’s roommate – in the middle of the chaos, he remains the voice of reason. Stephen Tobolowsky (The Goldbergs) guest stars in the series’ pilot. Additional guest stars this season will include Meagan Good, Jack Davenport, Michael Rapaport, Kendrick Sampson, Lyndon Smith and Natalie Zea.”

What do you think? Are you a fan of Showtime’s comedies? Will you watch White Famous?