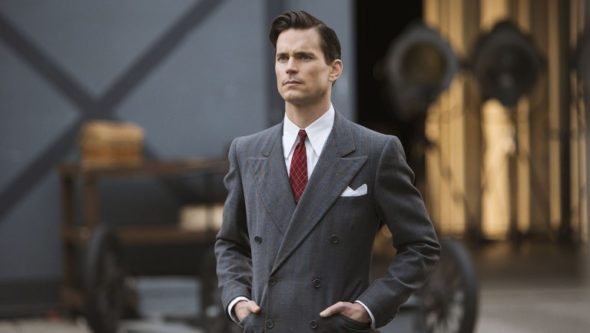 Does Amazon hate F. Scott Fitzgerald? According to The Hollywood Reporter, Amazon cancelled both The Last Tycoon and Z: The Beginning of Everything as part of a shift in their content strategy.

As reported earlier, Amazon passed on a second season of The Last Tycoon, a period drama based on the last, unfinished novel by F. Scott Fitzgerald. Around the same time, the streaming service cancelled their Zelda Fitzgerald series Z: The Beginning of Everything only after renewing it for a second season.

So why all the cancellations? According to THR, Amazon is clearing their slate for a Game of Thrones-caliber series. The change in content strategy is said to be a result of Amazon’s disappointingly low number of Emmy nominations. This year, the streaming service earned only 15 nominations as opposed to Netflix’s 91.

What do you think? Did you see either The Last Tycoon or Z: The Beginning of Everything? Do you think the series should’ve been renewed?

Bring back The Last Tycoon – it was terrific in every way….great story, great script, phenomenal acting, beautiful costumes!!! No more Game of Thrones!!
We Boomers won’t watch that stuff and we outnumber the kids who’s watch that kind of gore.