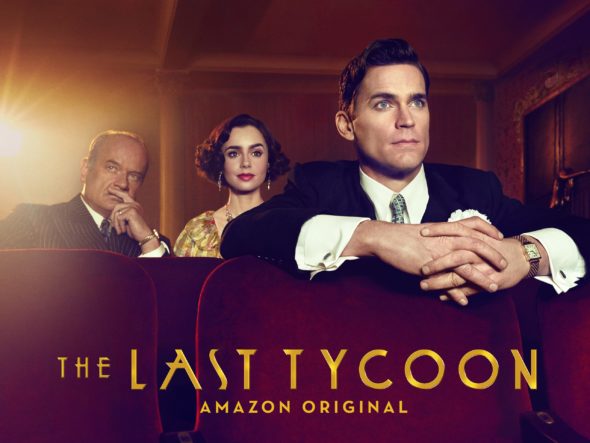 On the heels of reversing its decision to renew Z: The Beginning of Everything for a second season, Amazon has cancelled The Last Tycoon TV show, after only one season. The drama series — inspired by F. Scott Fitzgerald’s unfinished novel of the same name — comes from writer and director Billy Ray.

What do you think? Have you watched the first season of The Last Tycoon TV show? Should it have been cancelled or renewed for season two on Amazon? Sound off, in the comments.

Please finish the Last Tycoon. So well done. I need to see more. How can you leave the audience hanging?

Loved this series, very disappointed it was cancelled.

Disappointed this was great

Last Tycoon cancelled. Wow bad move. Was great and I am very disappointed.

Loved the book, loved the series, only to find it cancelled. Bad decision, Amazon…bad, bad, bad.

Just finished watching The Last Tycoon, which was excellent in all categories. It was refreshing to see a Hollywood story that took place during the 1920/30’s. Another great show getting cancelled before its time.

This show should be a feather in Amazon’s hat. Great story. Great acting. Why was it cancelled? Bad mistake, Amazon.

This news was unbelievable to me. It was a great series given some of the bilge that they make for season after season it’s crazy something this well put together doesn’t make it.

The Last Tycoon is excellent

Too bad enjoyed the episodes