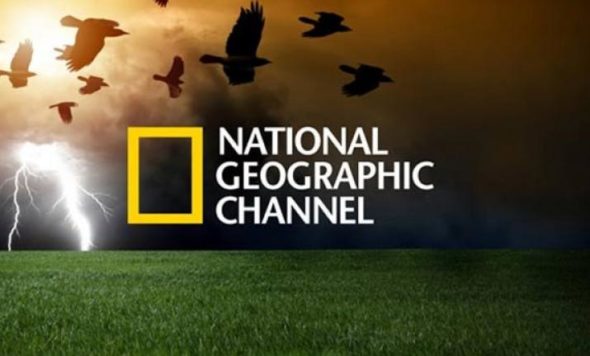 National Geographic is exploring important events from history. Recently, the network announced they’ve ordered a new TV show called In Their Own Words.

From Tom Jennings, the docuseries will delve into the Deepwater Horizon disaster, narco drug wars, and the 2008 global financial meltdown using “original, long-forgotten and audio and film recordings from around the world.”

(WASHINGTON, D.C. / NEW YORK — APRIL 18, 2018) – On the heels of the success of National Geographic’s Diana: In Her Own Words and its Emmy award-winning Challenger Disaster: Lost Tapes, the network once again partners with Tom Jennings for an immersive documentary series, In Their Own Words.

Expanding on the unique storytelling techniques used by Jennings in Diana and Challenger, In Their Own Words will also weave stories together from original, long-forgotten and audio and film recordings from around the world. Tentative topics for the first season of the series include the Deepwater Horizon disaster, narco drug wars and the 2008 global financial meltdown. Many of the interviews being cultivated for the series have never been heard or broadcast before. Each one is an extraordinary record on its own, but when combined into a single narrative they become a powerful and engaging format to experience the past as present.

In Their Own Words is part of National Geographic’s 2018-19 Upfront Slate being announced in New York this evening.

“We are elated to be working with Tom Jennings again to deliver meaningful entertainment through his lens of integrity and consideration, as well as to help audiences better understand these global events. In Their Own Words brings breathtaking access to pivotal moments in history, using his journalistic approach to craft raw and intimate narratives,” said Tim Pastore, president, original programming and production, National Geographic.

“By sourcing the most compelling content from overlooked archival resources and interweaving authentic first-person accounts along with carefully constructed filmed elements, we deliver a powerful and authentic experience to viewers,” said executive producer and director Jennings. “In Their Own Words unfolds using recordings made at the time the events occurred, moment by moment, in first person and in real time. We will explore a different journey in each episode in ways never before seen.”

In Their Own Words is produced by 1895 Films in association with NHNZ for National Geographic. For 1895 Films, Jennings is executive producer and director, and Ellen Farmer is head of production. For National Geographic, Hamish Mykura is executive vice president, programming and development; Bernadette McDaid is commissioning editor and executive producer; and Tim Pastore is president of original programming and production.

What do you think? Do you watch National Geographic? Will you check out In Their Own Words?