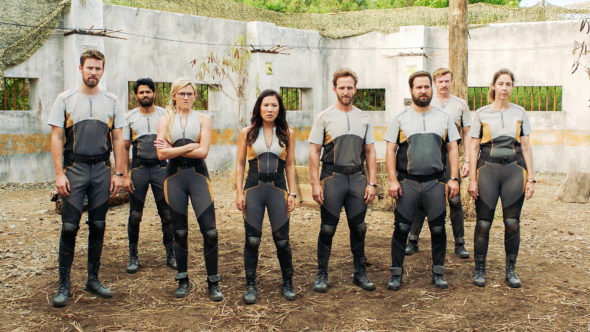 It’s official. Like the passengers of the SS Minnow before them, the Lotus airlines castaways will remain stranded. As reported in February, the Wrecked TV show on TBS has been cancelled. At that time, star Zach Cregger announced the series’ end on Twitter. Now the TBS cancellation has been confirmed.

A TBS single-camera comedy, Wrecked also stars Ally Maki, Asif Ali, Brian Sacca, Brooke Dillman, Jessica Lowe, Rhys Darby, and Will Greenberg. Guest stars include Rob Corddry, Eugene Cordero, Jonno Roberts, Karan Soni, Rachel House, Robert Baker, and Will Hines. The Lost parody centers on a diverse group of strangers who are stranded on a deserted island after a plane crash. In the third and final season, the castaways find themselves shipwrecked on a mysterious billionaire’s private island, where they’re forced to hunt each other to the death in a basic-cable battle royale.

Wrecked: A Look at the Ratings

The third season of Wrecked averaged a 0.32 rating in the 18-49 demographic and 846,000 viewers. Compared to season two, that was down by 19% and down by 16%, respectively. Ratings-wise, the sitcom ranked in the middle-of-the-pack when compared to the other original TBS TV shows.

Deadline has confirmed the Wrecked cancellation. 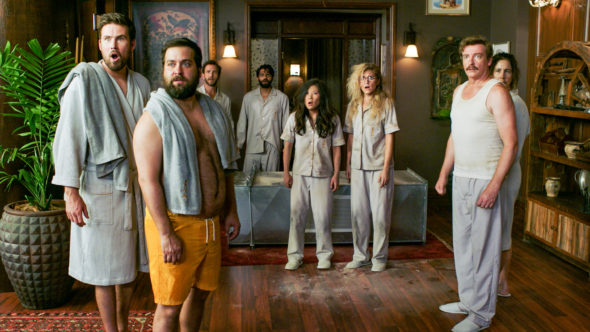 What do you think? Were you a fan of the Wrecked TV show. If it had been up to you, would this TBS TV series have been cancelled or renewed for a fourth season?

Sad to see this one go. Great characters, and acting, funny situations, and a premise that had endless opportunities.

OMFG!!! WTF, TBS!?!? Wrecked is awesome! You’ve made a big mistake. Hopefully Fox or SyFy will pick Wrecked up and show TBS how to position and market this kind of special awesomeness.

TBS does it again, canceling any show with great writing and funny as can be, I am again disgusted with their decisions. I looked forward to EVERY episode.

We love this show. Usually watched in within 24 hrs
SAD to see it go
Hysterical