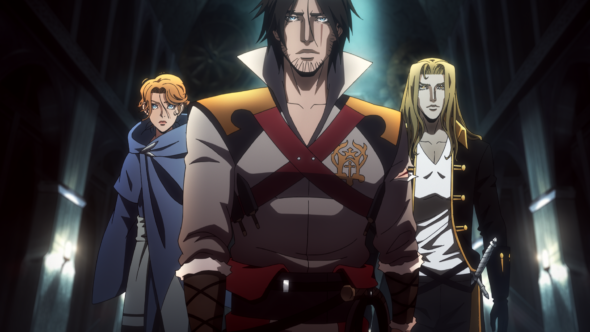 Castlevania fans won’t have to wait too much longer for season two. Forbes reports season two of the Netflix TV show will debut later this year.

Based on the video game of the same name, the animated series centers on Trevor Belmont (Richard Armitage), the last surviving member of a disgraced clan who is out to save Eastern Europe from Dracula (Graham McTavish).

On Twitter, writer Warren Ellis revealed season two of Castlevania will debut in Netflix in late 2018:

FAQ: #CASTLEVANIA season 2 will be 8 episodes long, out sometime later this year. I don’t have the release date yet – these things are decided by people other than me. Lots and lots of great animators are working incredibly hard on it. You'll have plenty of warning of the date. pic.twitter.com/9aZ6S1dD6z

What do you think? Have you seen Castlevania? Are you excited for the new season?